‘Rising Shaolin: The Protector’ (少林寺之得宝传奇 / The Legend of Shaolin Temple) is a 2021 Chinese martial arts comedy directed by Stanley Tong.

The film revolves around an innkeeper who turns to the Shaolin temple for help after he is framed for murder by a corrupt official.  The cast includes Wang Baoqiang, Ni Dahong, Liu Haoran, and Ng Man-Tat.

Synopsis: Simon (Wang Baoqiang) is an innkeeper with no real morals. In order to solicit business, he makes his friends and family pretend to be robbers so that they can scare passers-by into staying at the inn. When the governor of Lingzhou learns that there is a mysterious treasure map hidden within the inn, he frames Simon for murder and has his son poisoned.  On the run and out for revenge, Simon turns to the Shaolin temple for help. There he begins to train in the martial arts and while doing so, uncovers a hidden relationship between his family and the temple. [© Far East Films]

‘Rising Shaolin: The Protector’ opens across China on February 12, 2021. 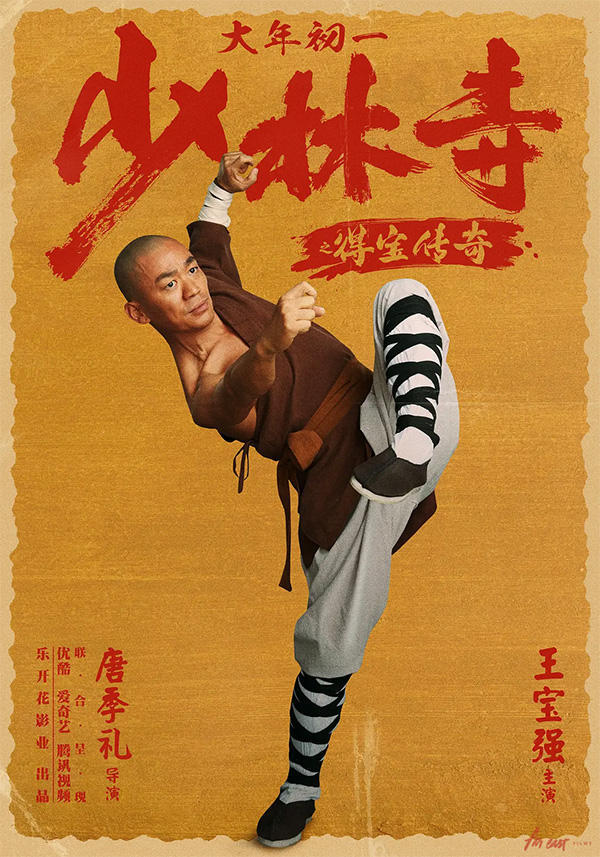