‘The Pass: Last Days of the Samurai’ (峠 最後のサムライ) is a 2022 Japanese historical samurai drama directed by Takashi Koizumi.

The film revolves around a samurai who leads his country to fight against the new regime with honour and dignity. The cast includes Koji Yakusho, Takako Matsu, Kyoko Kagawa, Min Tanaka, and Kento Nagayama.

Synopsis: In 1867, political power returned to the Emperor and 260 years of the Tokugawa Shogunate came to an end, resulting in the domains being divided either into the Eastern Army or the Western Army. In 1868, the battle of Toba-Fushimi started the Boshin War. Tsuginosuke Kawai, the chief retainer of a small domain in Echigo called Nagaoka, decided not to belong to either army and practice “armed neutrality.” Battle was the norm in the samurai era, but he strongly felt that war was not the answer and that it could not protect the citizens. Kawai tries to peacefully negotiate but it goes south, and being a hereditary feudal lord of the Tokugawa Shogunate, he eventually decides to stick to his duties and decides to exchange gunfire with the Western Army. Kawai was a man who loved his wife deeply and wished for nothing but the best for his country. The last battle of a man who hoped for a world without war begins now. [Source: Shochiku Films] 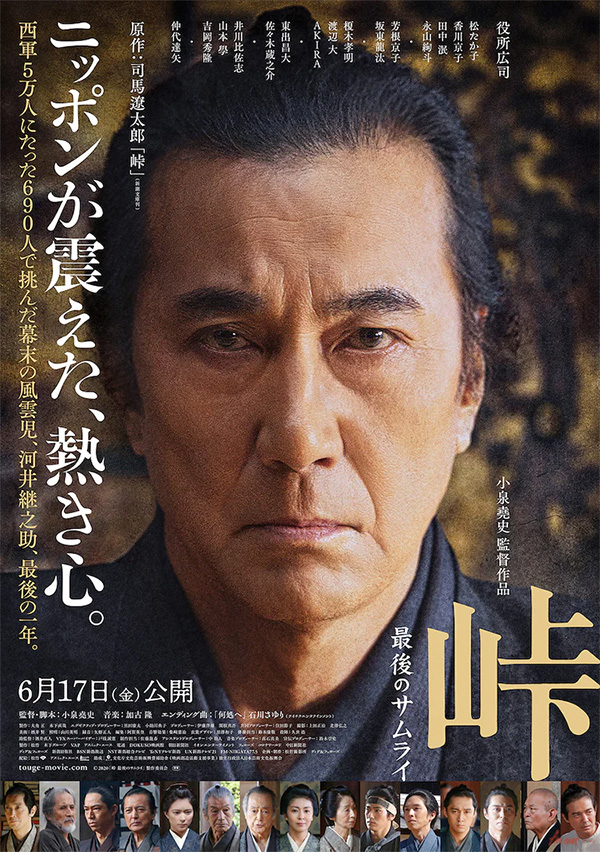