Based on the novel ‘Kimi no Suizo wo Tabetai’ by Yoru Sumino, the story follows a high school teacher who recounts the memories of his time spent with a terminally ill childhood friend. The cast includes Shun Oguri, Keiko Kitagawa, Yusuke Kamiji, Daichi Morishita, Takumi Kitamura, Minami Hamabe, and Karen Otomo.

Synopsis: I (Takumi Kitamura) am a high school student. I happen to find a diary by my classmate Sakura Yamauchi (Minami Hamabe) that reveals she is suffering from a pancreatic disease. I spent time with Sakura, but she dies. 12 years later, due to Sakura’s words, I (Shun Oguri) am now a high school teacher at the same school where I graduated from. While I talk with my student, I remember several months I spent with Sakura. Meanwhile, Kyoko (Keiko Kitagawa), who was Sakura’s friend, is soon to marry. Kyoko also recalls the days she spent with me and Sakura. 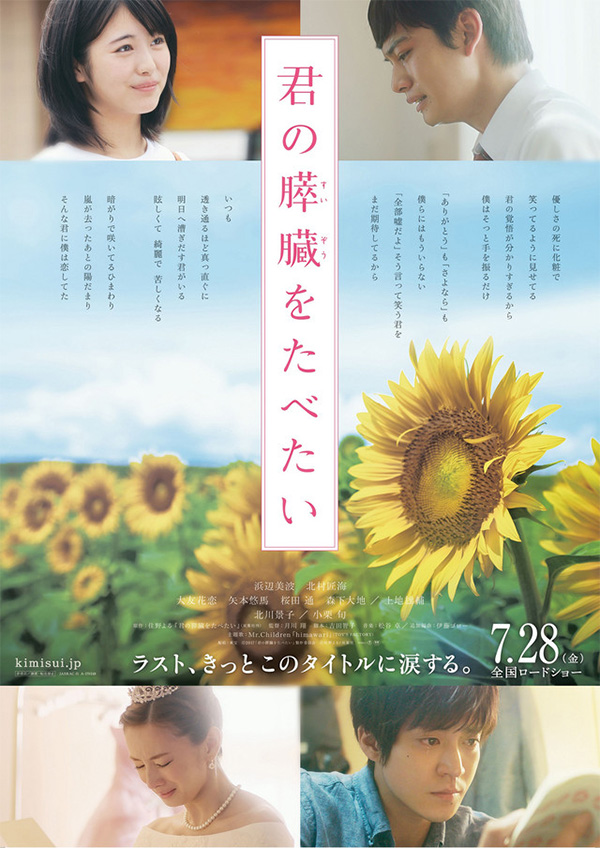