The epic new Hong Kong action movie ‘Shock Wave: Hong Kong Destruction’ is coming to Blu-ray, DVD & Digital in June, and available right now with Chinese Cinema Season, presented by HungryPanda. The entire CCS UK event is offering a wide variety of both new and classic programming with excellent seminars and Q&As too.

In ‘Shock Wave: Hong Kong Destruction’, after suffering life changing injuries in the line of duty, bomb disposal officer Poon Shing Fung (Andy Lau) turns his back on the police. But when a devastating series of bombings sweep Hong Kong, the police suspect their former ally may be involved after he is found unconscious at a crime scene. Now faced with memory loss and recalling only fragments of his former life, Fung sets out to uncover the truth and find out who he really is.

To be in with a chance of seeing ‘Shock Wave: Hong Kong Destruction’ early from the comfort of your home (UK residents only), just answer the question found below the cover/trailer. 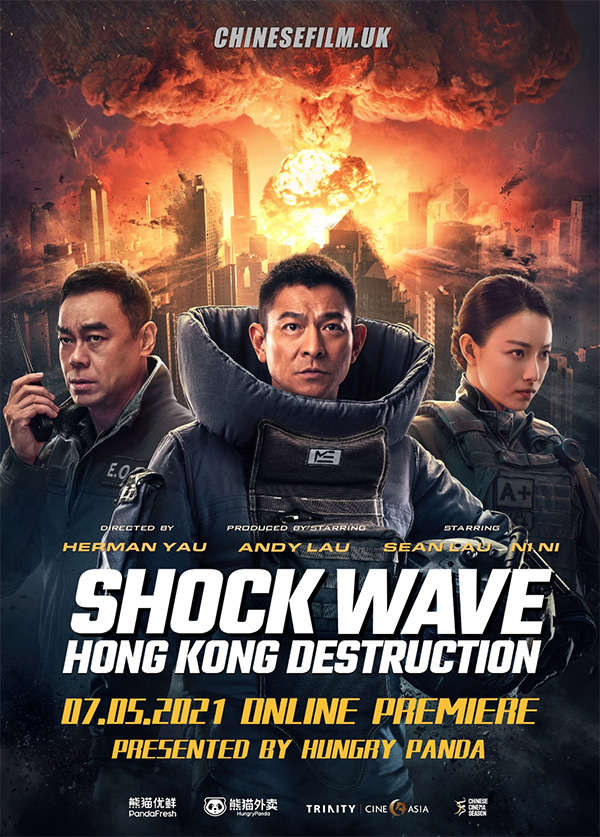 THIS COMPETITION IS NOW CLOSED

Terms and Conditions:
Competition closes Thursday 20th May, 2021 at 6pm and winners will be picked at random and notified by email. UK entrants only, must be 15 or over. The film is available to stream until 23rd May, 2021.