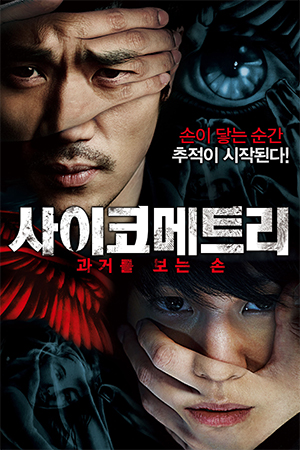 During an investigation into the disappearance of a young girl, Detective Choon Dong (Kim Kang-Woo) accidentally bumps into a graffiti artist named Jun (Kim Bum). A month later, the body of the girl is found and Choon Dong notices that the crime scene bears a strong resemblance to Jun’s artwork. Dong tracks down Jun and learns that he can read memories simply by touching people, a “gift” that has haunted him for his entire life. When another child goes missing, Choon Dong turns to Jun for help in the hope of tracking down the girl before it is too late…

While the synopsis may lead you believe otherwise, ‘The Gifted Hands’ is really just the tale of a cop working with a psychic to track down a criminal. As you would expect, this idea isn’t exactly original but it has proved to be the making of a solid crime thriller or two. Unfortunately though, that isn’t the case with ‘The Gifted Hands’ and the film quickly falls apart thanks to the constant flip flopping between slapstick comedy and serious crime drama. Not necessarily an unusual occurrence in an Asian movie, you may think, but considering the film chooses to focus on child kidnap/murder it just never seems to sit right. Add to this the fact that neither element is particularly satisfying or entertaining, and ‘The Gifted Hands’ falls firmly into the underwhelming category.

The characters in ‘The Gifted Hands’ are also fairly clichéd, not to mention regularly quite annoying. Kim Kang-Woo is the least appealing as he is seemingly both inept at his job and, to be perfectly honest, exceptionally obnoxious. He spends half the movie beating on the psychic, and the other half begging for his help. The whole big reveal of Kang-Woo’s back story is also pretty ridiculous, and it’s fairly obvious that it was only inserted to rationalise his determination in this particular case. Similarly, Kim Beom has very few memorable traits and his powers barely seem to help until the closing moments of the film. As for the actual criminal, we neither see nor hear anything from them until the finale, making the very over-the-top reveal seem particularly pointless.

I’ve probably focused more on the bad than the good, but ‘The Gifted Hands’ seems to have so few positives that it’s rarely worthy of praise. Essentially though, it’s a painfully predictable outing that is knocked down a notch or two by its awkward blend of genres.