After earning a degree in biology, Norris Wong (黃綺琳) made the decision to study filmmaking at Hong Kong Baptist University. Following graduation, she started working on short films and received a best screenplay award for her work on ‘Fall’ (2013) at the Hong Kong FreshWave International Short Film Festival. This paved the way, both in terms of subject matter and opportunity, for her to write and direct her first feature film, ‘My Prince Edward’ (2019).

Releasing across North America in September, the film tells the story of a Hong Kong woman (Stephy Tang) who, after agreeing to marry her boyfriend (Chu Pak-Hong), finds herself pushed beyond limits by unaffordable housing, archaic customs, and intrusive in-laws. The situation is further complicated by the reappearance of a mainlander (Jin Kaijie) who she supposedly divorced years earlier following a sham marriage that solved her coming-of-age hardship.

Thanks to Cheng Cheng Films, we were lucky enough to speak with Norris about her career thus far and, more specifically, experiences working on ‘My Prince Edward’.

Far East Films: How did you get into the industry and who would you cite as your main influences?

Norris Wong: I graduated with my MFA in film studies from Hong Kong Baptist University in 2012. Not long after that, a new television station, HKTV, was founded, and they started hiring screenwriters. I applied for the job, and, after that, I officially entered the industry. My main influence would have to be the founder of HKTV, Mr. Wong Wai Kei. He wanted to overturn old models and completely revolutionize the way a television station was run in the landscape, so he recruited new screenwriters on a massive scale.

FEF: You made the move from television into film, and recently back again. What are the main differences between working in the two and which would you say you prefer?

NW: Many TV shows are streaming online these days, so I think the line between the two media has become more blurred than ever before. It can’t be so neatly divided that a screenwriter can only be on one side or the other. Also, from a full-time screenwriter’s perspective, there aren’t many movies or TV series currently being produced in Hong Kong, so many screenwriters and directors are working in both media at the same time. Of course, I really enjoy both sides. TV series gives me the space to create a detailed character and the length to portray them well. The quiet, dark environment in which one watches a movie allows the viewer to carefully appreciate what they’re watching, so you can put more thoughts into sound design and music. 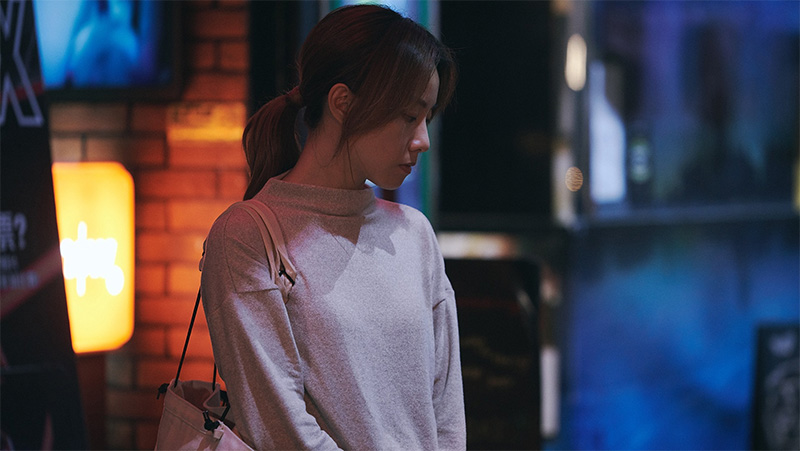 FEF: Although ‘My Prince Edward’ could be described as a realist drama, the cinematography almost gave Hong Kong a magical look – was this the intention?

NW: The Golden Plaza was at its peak in the eighties and nineties. It was a Hong Kong landmark. The cinematographer for ‘My Prince Edward’ shot the film with a lens straight out of the eighties. We wanted the film to have a nostalgic feel like old Hong Kong cinema. This is that magical look you’re describing, the blending of nostalgia and realism.

FEF: The ending is left ambiguous – my wife and I watched it and I favoured the theory that Edward had redeemed himself and my wife thought it showed Fong starting a new life. Which one of us was right?

NW: This is a question that the audience has to ask during Q&A. Honestly, when I was first working out the plot, I didn’t expect this ending to arouse the audience’s imagination like this because, in my mind, this is a closed ending. Fong decides to leave Golden Plaza and Edward. After discussing this with audiences, though, I realized that she’s enough of a three-dimensional character that she feels real, and her decisions may change over time. Her decisions may even be contradictory. I wouldn’t rule out the idea that, after the movie ends, Fong finishes her noodles, thinks over things, realizes she’s not going to meet a better man than Edward, and goes back to make the same mistakes over and over again. But, of course, I don’t want that for her. 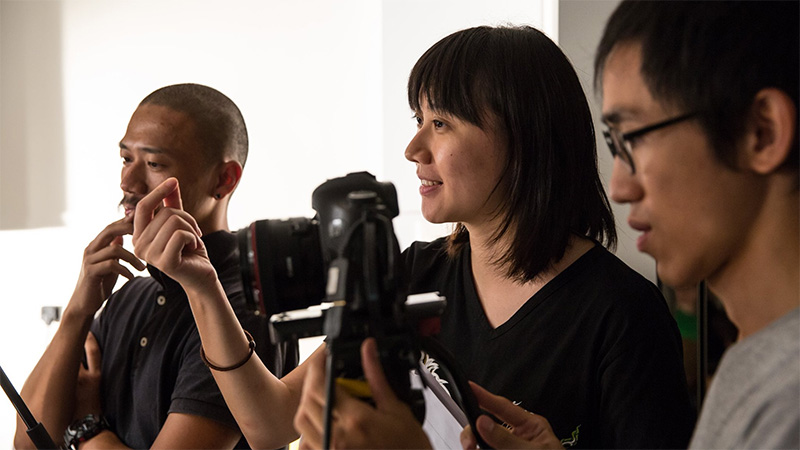 FEF: One thing that stood out was that sense of suffocation in the spaces that Fong found herself in, i.e. her flat and place of work. Was this a natural result of filming in Hong Kong or did it act as an allegory for Fong’s situation?

NW: Close quarters are a fact of life in today’s Hong Kong, and I hope this comes across in my film with the metaphor of the little tortoise. We’re all stuck living our lives in little tanks, so there’s some resonance between Fong and the tortoise. They’re trapped whether they’re at work or at home, and they can only move from one tank to another.

FEF: How difficult is it to get a film made in Hong Kong today?

NW: Many people say that the Hong Kong film industry is difficult because the market being so small makes investors lose confidence. Films with large budgets can only be co-produced with the mainland, and local stories can’t be funded. However, I’ve witnessed a new trend of small and independent local productions, and these films have move flexibility and originality than big commercial blockbusters. Of course, independent films face a lot of problems. On the whole, Hong Kong’s environment doesn’t support independent production. Renting a space, for instance. Very few venues are willing to rent out their space for filming. When shooting in public spaces, too, you’re disturbing people and getting in their way, so we still haven’t gained the recognition and support of the overall public. 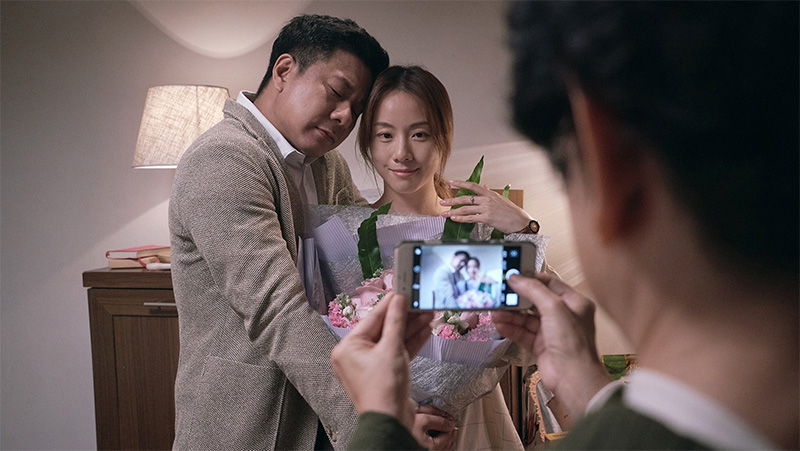 FEF: I read that some people considered the two male characters ‘not decent enough’ but I thought there was more nuance than that; were you careful to steer away from a simple heroine vs villain dynamic?

NW: I agree with that description of the two male protagonists, but, while they do have their shortcomings, they also have many positive qualities. Even though Edward has problems communicating with Fong, it’s very evident that he loves her. He’s a very careful, funny person who knows how to ease a tense situation, and he acts as a buffer between Fong and his mother. I think a realistic character needs to have strengths and weaknesses, and that’s what I wanted to achieve rather than depicting these men simply as “not decent enough”.

FEF: I’ve always thought that Hong Kong realism is quite unique in modern Asian cinema with an aesthetic all its own; how important is it that the city has its own voice?

NW: Every city is unique, not just Hong Kong. As long as a creator knows enough about the city itself, the movies they create will be what you call unique. If a movie is unique enough, it can become universal.

FEF: What is your writing process – is it regimented as in you have an idea and you commit to writing a certain amount or do you favour a more free-flowing approach?

NW: I mostly decide on a subject or topic and then create a character. I don’t like to write scene breakdowns, though. I usually follow my own thoughts and the emotions of the characters from the first line of the first scene down to the very end, so structure might be one of my weaknesses.

FEF: What projects would you like to work on if you had unlimited freedom?

NW: I’d like to make a stop motion animation because I’m shy and prefer working on a computer to communicating with others. I’d like to slowly build a story out of inanimate objects over a long period of time, but, since I don’t understand stop motion techniques, I’d have to spend more time researching them, and I unfortunately don’t have the time or the resources now.

‘My Prince Edward’ will be screening across North America in September, see MyPrinceEdward.com for details. You can read the FEF review here.