Satoshi Miki, the auteur of eccentric Japanese cinematic humour, and regular leading lady Eri Fuse visited London last year. We had the privilege to have a brief chat with them about their work and their inspiration.

Far East Films: Good afternoon to you both. I just watched ‘Adrift In Tokyo’ this past week, so the first question is for you Miki. You have a very unique style, a very surreal style. How did that develop?

Satoshi Miki: Well my era is the era of Monty Python…

FEF: Ah, Monty Python! When I saw ‘Adrift In Tokyo’ it did remind me of Monty Python. It seemed very English in a strange way.

SM: There were quite a few of us among a theatre group who had similar humour to Monty Python and looked up to that… 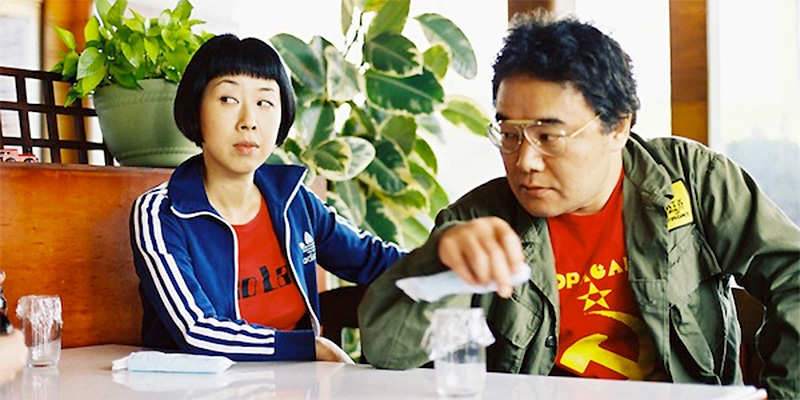 SM: Japan and England are very similar geographically and have that same island thinking, so we understand each other. When we show the films to the American audiences we have to take time to build the humour until we get to our unique style. When we have shown them in the UK everyone instantly gets it. We seem to have a similar way of thinking.

FEF: So Eri, you’ve worked with Miki on a number of occasions – how did you first meet?

Eri Fuse: It goes back thirty years really. The theatre group Miki mentioned was where we first worked together. We used to do these plays and Monty Python-style sketches.

FEF: One of my favourite roles of yours is in ‘Turtles Are Surprisingly Fast Swimmers’. I almost had an accident laughing at ‘Asoki Panda Chan’… 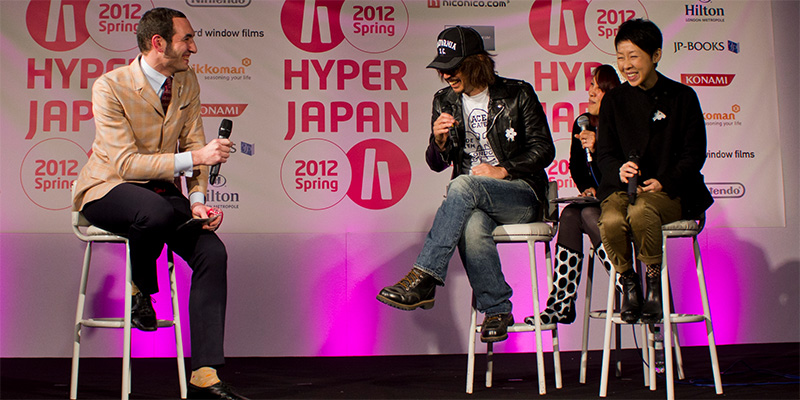 FEF: In ‘Turtles…’ you were doing that thing where you pick up magazines with your feet as well…

EF: Yes I really did that…

FEF: Fantastic! Don’t worry, I wont drop a fiver on the floor for you to prove it… Miki, something I notice about your style is that although it is surreal you really focus on ordinary people or those on the fringes of society. Is that an intentional theme?

SM: Yes it’s really intentional. It’s probably easier for comedy that you have people who are a bit different, who are naturally at the side of society.

FEF: Asian cinema has a real skill at showing ordinary people who are just going through day-to-day life. Your films are very good at that feeling.

SM: You can see that tendency in Korean films as well but I think the Japanese have a more English style. I think it’s something about being very agricultural lands, we have a common bond and spirit. 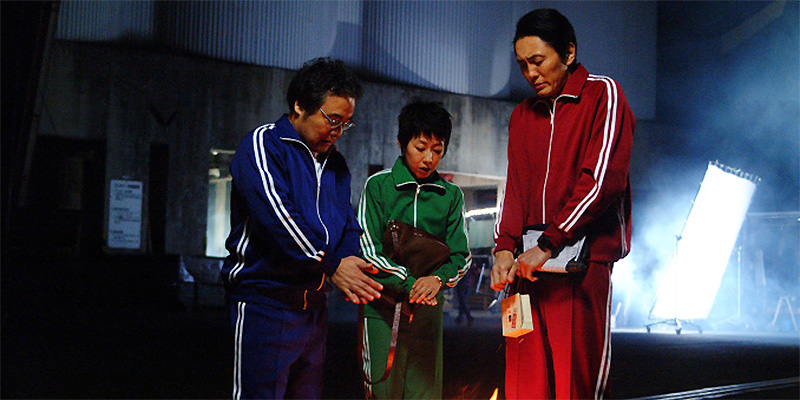 FEF: That’s an interesting perspective. Eri, you’re something of a legendary comedy actress in Japan, do you think it’s an easy thing to perform or do you think a lot of people underestimate it?

EF: It is very difficult to do without it being forced. There’s definitely a lot who try it, but don’t get the balance right…

FEF: And unfunny comedy is very uncomfortable to sit through!

EF: There’s not really a place you can train as a comedy actress so it is very hard to learn the skills for it. The Japanese media do not usually pick up on quirky actresses so there isn’t much exposure.

FEF: Miki, your most recent work was a television serial, ‘Atami no Sosakan’. What made you move into that area?

SM: For me the medium isn’t really the important thing. I was really into television at the time and so that might have had a bearing, but I don’t worry about whether it should be a film or a play or a television series. Having said that, a movie does restrict you to just a couple of hours whereas a television series offers more scope so that too might have influenced the change of media. 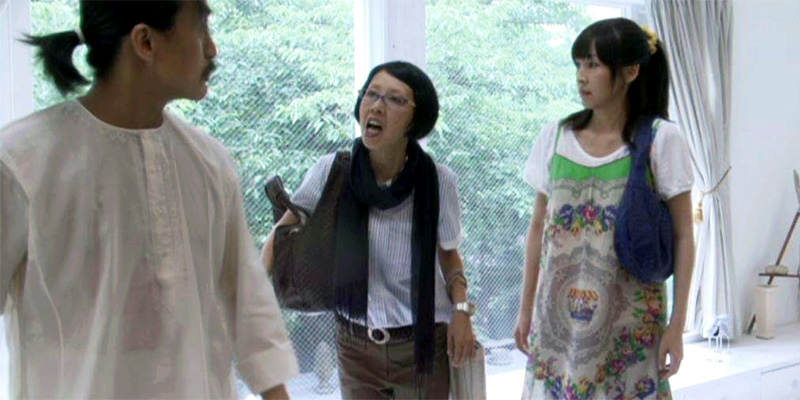 FEF: A final question for you Eri. You have worked with Miki of course and Takeshi Kitano, both have a very dead-pan style. Do you find it easy to act out what their ideas are?

EF: It is difficult as what Miki requires is really very different to what Takeshi wants. I can’t really say one is easier than the other.

FEF: Thank you both for your time – enjoy the rest of your time in London.

‘Adrift In Tokyo’ and ‘Turtles Are Surprisingly fast Swimmers’ are both available on DVD from Amazon.co.uk, courtesy of Third Window Films.

Far East Films would like to say a big thank you to Adam Torel for organising this interview, and to Miki, Eri and their translator Sayaka.