Directed by and starring Wu Jing, the film revolves around a Chinese soldier who takes on a special mission in an African country protecting medical aid workers from local rebels and vicious arms dealers. Other cast members include Yu Nan, Ding Haifeng, Celina Jade, Hans Zhang Han, and Frank Grillo.

Synopsis: The Wolf Warrior is back, bigger and badder than ever, in this action-packed sequel to the 2015 blockbuster hit. With his career in tatters, China’s deadliest Special Forces operative has settled into a quiet life on the sea. But when he crosses paths with a sadistic band of mercenaries terrorizing innocent civilians, he must reaffirm his duty as a soldier and save the day once again. Fists (and bullets, tanks, missiles and much more) will fly in this adrenaline-fueled tour de force of bravura action filmmaking, all culminating into a climactic battle between the Wolf Warrior and the mercenary leader (Frank Grillo).

‘Wolf Warrior II’ is available for pre-order now from Amazon.com. 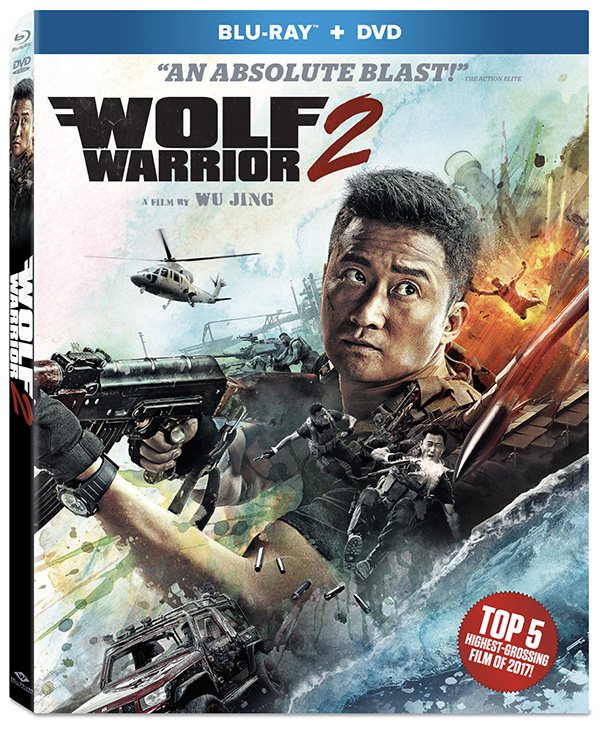