Panorama are bringing the 2022 Hong Kong crime drama ‘A Murder Erased’ (被消失的凶案) to Hong Kong Blu-ray and DVD on September 23, 2022.

Directed by Dennis Law and inspired by true events, the film revolves around the investigation into a body that is discovered in an old abandoned building. The cast includes Eddie Cheung, Dada Chan, Timmy Hung, Simon Yam, Maggie Shiu, and Lam Suet.

Synopsis: After getting implicated in bribery, international narcotics officer Choi (Eddie Cheung) gets transferred by his superior (Simon Yam) to a local police station. Crime unit inspector Cheung (Maggie Shiu) hands Choi a case involving a body discovered by construction workers while working on an old building. The victim Yung (Tony Ho) had already passed away for eight years. Choi locks in on Chiu (Timmy Hung) and Wu’s wife Ping (Dada Chan) as the killers, but senior prosecutor Santos (Joe Junior) has doubts about the case. Before his death, Wu was involved in drug trafficking, sexual assault, extortion and crimes related to mob boss Wai (Lam Suet), who seems to also be connected to Choi. Under Santos’s inquiry, Choi also turns from the investigator to the investigated as strange developments unfold.

‘A Murder Erased’ is available to order now from YesAsia.com. 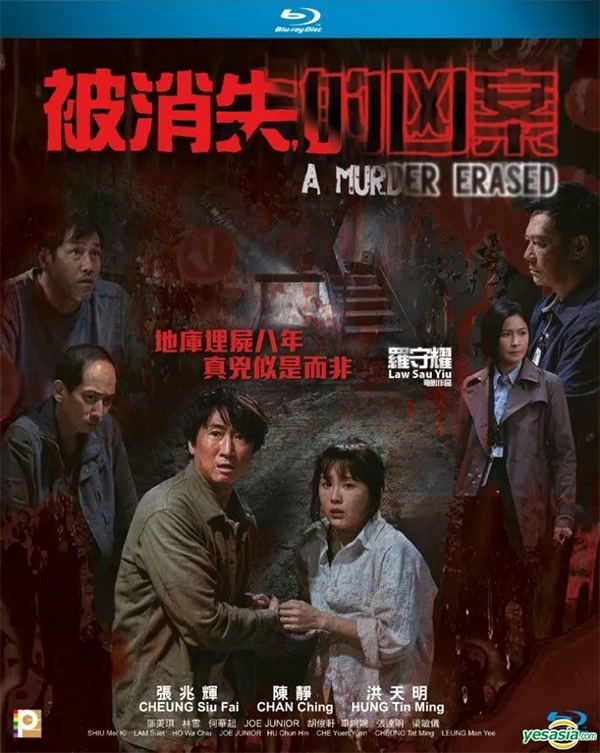