Synopsis: Miao Lan, who has practiced Wing Chun since a young age, is married to Tang Ao, who hides his true identity as a member of the Jing Wu Athletic Association. While on an operation, Tang Ao discovers foreigners trying to smuggle national treasures out of China. Vastly outnumbered, Tang Ao leaps into the sea with a Tang Dynasty imperial seal. He sustains a head injury that causes him to lose his memories. When assassins come to their home, Miao Lan manages to escape with son Nansheng, and they head to Guo Tian’s shop in Guangdong in hopes of finding Tang Ao. Guo Tian tries to take down the foreign smugglers, but his plan backfires and Nansheng gets abducted in the process. At this time, Miao Lan finally comes across Tang Ao, but he doesn’t remember her.

‘Heroes Amidst Turmoil’ is available for pre-order now from YesAsia.com. 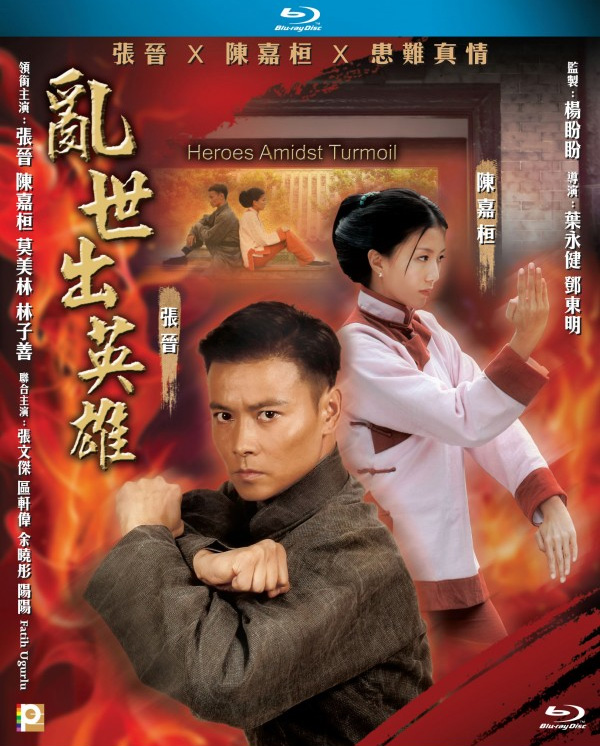