Directed by Yoshihiro Nakamura and based on a novel by Kotaro Isaka, the film weaves together several seemingly separate storylines that take place over a 37-year time span to explain how a little-known punk rock song can save the world. The cast includes Atsushi Ito, Kengo Kora, Mikako Tabe, Gaku Hamada, Mirai Moriyama, and Nao Omori.

Synopsis: In 1975, an unpopular Japanese punk band called Gekirin (Wrath) break up soon after recording their final song: Fish Story. In 1982 a timid college student named Masashi (Gaku Hamada) becomes fascinated by strange rumours surrounding the song. In 2009 a teenager named Asami (Mikako Tabe) falls asleep during a school field trip and gets left behind on a boat which is taken over by terrorists. In 2012 a huge comet can be seen in the sky on a path to destroy Earth. How does a little punk song connect all these events?

‘Fish Story’ will be available for pre-order from Amazon.co.uk (DVD already available). 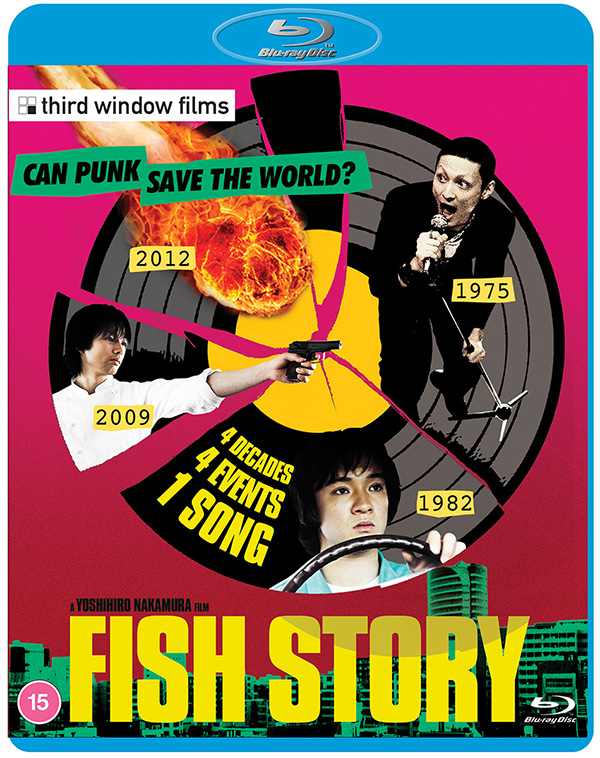