Directed by Cheng Kang and Hua Shan, the film revolves around an outlaw who teams up with a group of female freedom fighters to fight against an evil emperor. The cast includes Ti Lung, Shih Szu, Ku Feng, Lo Lieh, Wai Wang, and Shih Chung-Tien.

Synopsis: The heroic Ma Teng has developed a counter to the Flying Guillotines’ attack, and when word reaches the Emperor, who is more bloodthirsty than ever, he creates a new deadlier version and trains a squad of female assassins to use it. Now Ma must help the gang of rebels trying to overthrow the evil tyrant and create a new counter-weapon to defeat the improved Guillotine.

‘Flying Guillotine 2’ is available to pre-order now from Amazon.co.uk and Amazon.com. 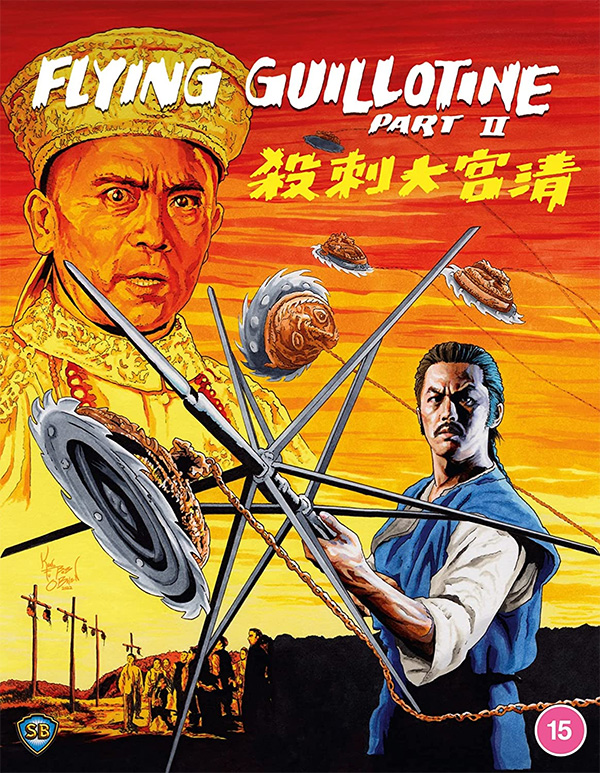