Co-written and directed by Corey Yuen Kwai, the film is a remake of 1972’s ‘Boxer From Shantung’ which revolves around a worker from Shantung who rises to the top of the Shanghai triad ladder. The cast includes Takeshi Kaneshiro, Yuen Biao, Jessica Hsuan, Valerie Chow, and Yuen Wah.

Synopsis: When brothers Ma Wing-jing (Takeshi Kaneshiro) and Ma Tai-Cheung (Yuen Wah) flee their impoverished homeland to seek their fortune in Shanghai, they at first find more grinding penury when they are forced to work as lowly coolies, however Wing-jing soon becomes embroiled in the seedy world of big city triads and his once insignificant life becomes an arrogant lust for power.

‘Hero’ is available to pre-order now from Amazon.co.uk. 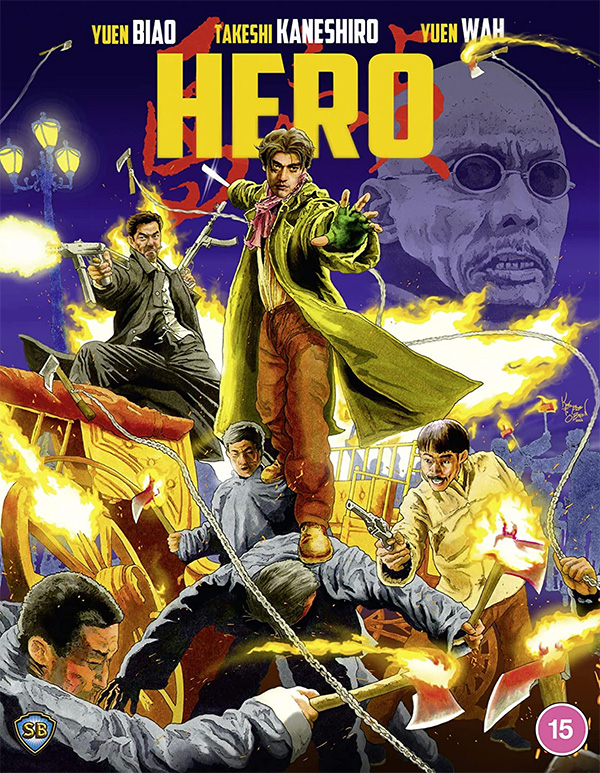