Co-written and directed by Park Chan-Wook, the film follows the investigation into a shooting incident at the demilitarised zone between North and South Korea. The cast includes Lee Byung-Hun, Song Kang-Ho, Shin Ha-Kyun, Lee Young-Ae, and Kim Tae-Woo.

Synopsis: Gunfire breaks out in the demilitarised zone between North and South Korea, leaving two North Korean soldiers dead while a wounded South Korean soldier (Lee Byung-hun, The Good, the Bad, the Weird) flees to safety. With the tenuous peace between the two warring nations on a knife-edge, a neutral team of investigators, headed by Swiss Army Major Sophie Jean (Lee Young-ae, Lady Vengeance), is dispatched to question both sides to determine what really happened under cover of darkness out in no-man s land.

‘JSA – Joint Security Area’ is available for pre-order now from Amazon.com and Amazon.co.uk. The film is also streaming on the Arrow Video Channel and Arrow Player. 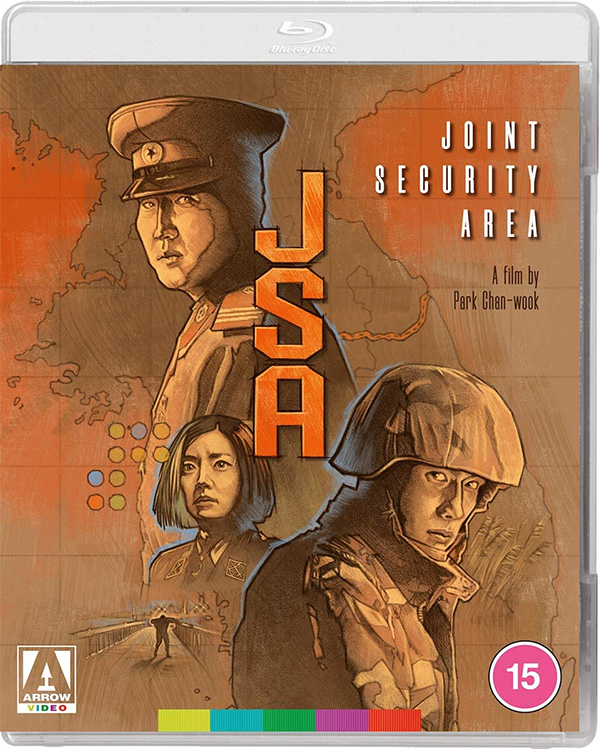