Directed by Lau Shut-Yue, the film revolves around a police officer who is killed on the job and returns to Earth as a ghost to solve his own murder. The cast includes Stephen Chow, Bill Tung, Stanley Fung, Vivian Chen, and Sunny Fang Kang.

Synopsis: Piao (Bill Tung) was murdered in the line of duty and now seeks revenge beyond the grave. He manipulates new cop Sing (Stephen Chow) to work for him. Sing’s senior partner Chin (Stanley Fung) used to work with Piao, but he is not entirely satisfied with his new subordinate, especially when Sing has a crush on his daughter (Vivian Chan). Piao’s spirit agrees to help Sing get a promotion and Chin’s daughter in exchange for Sing’s help solving his own murder case.

‘Look Out, Officer!’ is available for pre-order now from YesAsia.com. 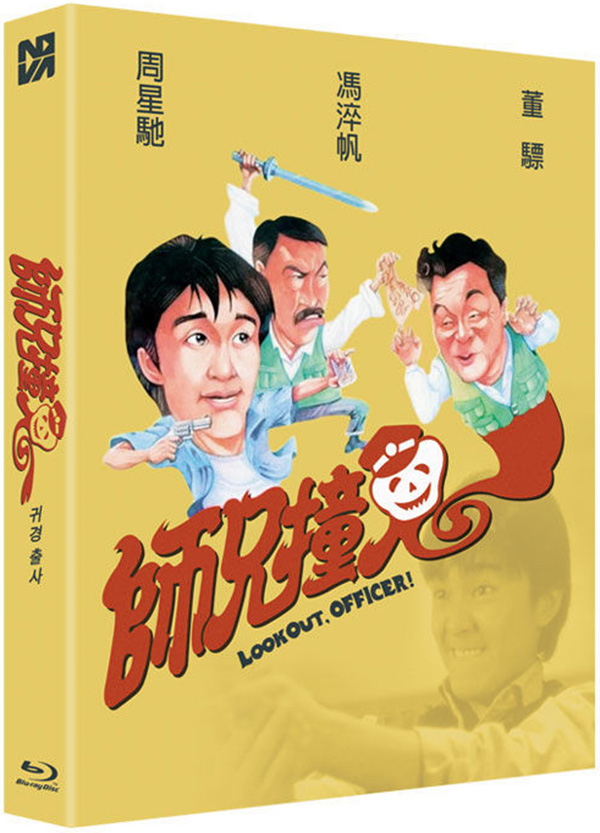