Directed by Jackie Chan, the film follows a country boy who becomes the head of a gang after he purchases some lucky roses from an old lady. The cast includes Jackie Chan, Anita Mui, Gua Ah-Leh, Richard Ng, Ko Chun-Hsiung, and Sunny Fang Kang.

Synopsis: An optimistic Kuo Chen-Wah (Jackie Chan) arrives in Hong Kong, quickly finding himself impoverished. That is, until a serendipitous encounter with a rose seller (Gua Ah-Leh) leads to his inadvertent appointment as boss of a local gang. Amidst the reluctant leader’s efforts to reform their fraternity and businesses, is an endeavour to share his new-found fortune with the bestower, all whilst trying to stave off rivals and the authorities.

‘Miracles: The Canton Godfather’ is available for pre-order now from Amazon.co.uk. 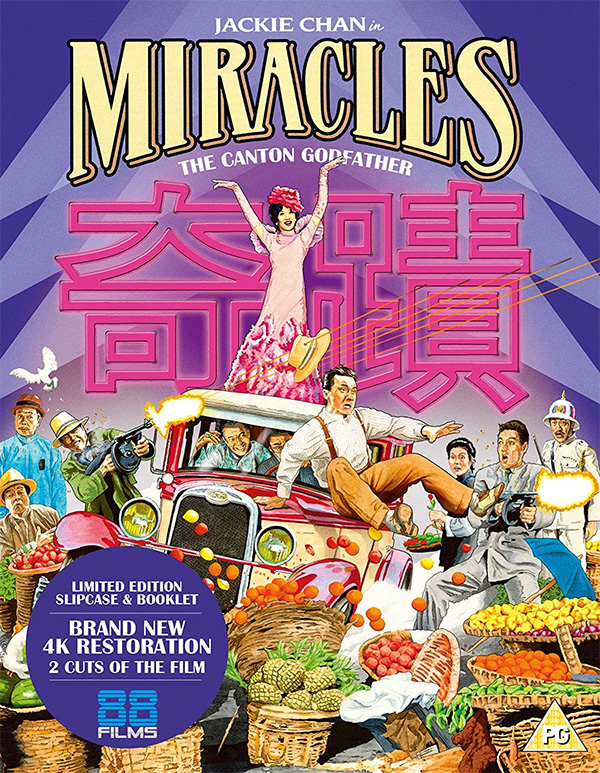