Project A
Jackie plays Sergeant Dragon Ma, a turn-of-the-century coastguard, hot on the trail of a ruthless band of cut-throat pirates, intent on spreading a trail of blood and mayhem across the South China Seas. ‘Project A’ features some of the most dangerous stunts of Jackie s career, including homages to Buster Keaton’s ‘Steamboat Bill, Jr.’ and Harold Lloyd’s ‘Safety Last!’.

Project A Part II
After the events of the first film, Dragon Ma is given a new assignment, to clean up crime and corruption in the roughest part of town. The pressure was on to top the first film in terms of sheer spectacle, but ‘Project A Part II’ rises to the challenge and delivers one of the most stunt-packed, rip-roaring action-adventures of all time.

The ‘Project A’ box set is available for pre-order now from Amazon.co.uk. 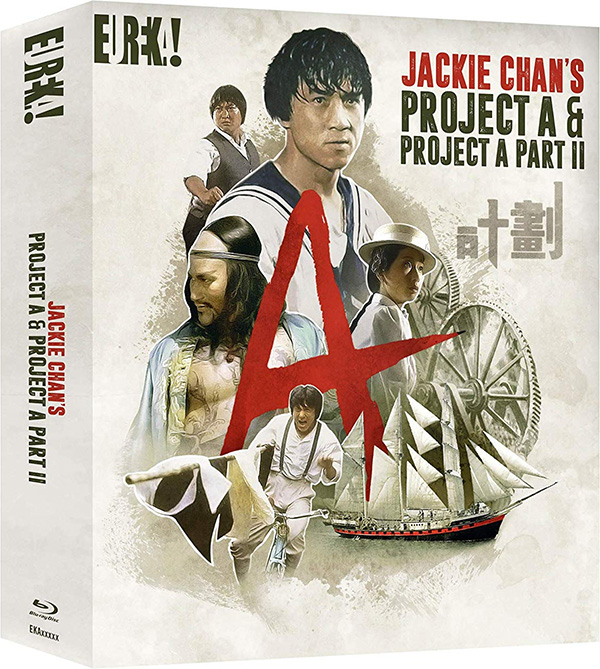