Written and directed by Li Yuhe, the film revolves around the bizarre events of a single night that are triggered by a motel owner hiring a pro to murder his cheating wife. The cast includes Chen Xixu, Ye Gao, Ren Suxi, Bo Dong, and Lou Yunfei.

Synopsis: Bouncing with nail-biting suspense and ingenious humor, young Chinese filmmaker Li Yuhe’s feature debut portrays a puzzling crime happened in a rural small town, where greed, lust and wit battle it out in one night. It all starts from a sexually impotent motel owner hiring a pro to murder his cheating wife. Everything goes exactly as planned, until two blind daters, a robber, a policeman and a strange dead body unexpectedly arrive.

‘Absurd Accident’ will be available from Amazon.com and Vimeo On Demand. 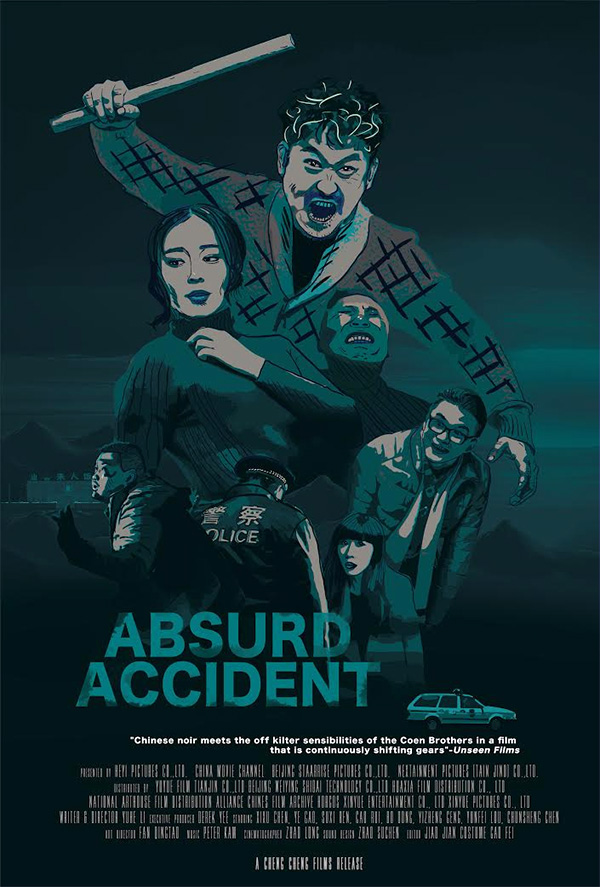