Na Hong-Jin’s (‘The Chaser‘) South Korean box office smash, ‘The Wailing’, will be released in UK cinemas and on demand from November 25, 2016.

The film revolves around a policeman (Kwak Do-Won) in a small, rural village who gets drawn into nightmarish hunt for a source of pure evil. Other cast members include Hwang Jung-Min, Jun Kunimura, Chun Woo-Hee, and Kim Hwan-Hee.

Synopsis: Out of his depth, local police officer Jong-goo investigates a spate of killings, as well as an outbreak of madness seemingly connected to the recent arrival of a mysterious Japanese man who resides in the outskirts of the village. What’s more, he is horrified to discover his young daughter may have fallen under the stranger’s curse. Jong-goo calls on a charismatic shaman to free his daughter from the stranger’s dangerous influence, but the shaman’s intense exorcism ritual threatens to worsen the situation… and Jong-goo, with his world collapsing around him, realises he must confront the ultimate evil.

‘The Wailing’ is likely to only appear in selected cinemas so you’ll need to check local listings for screenings. 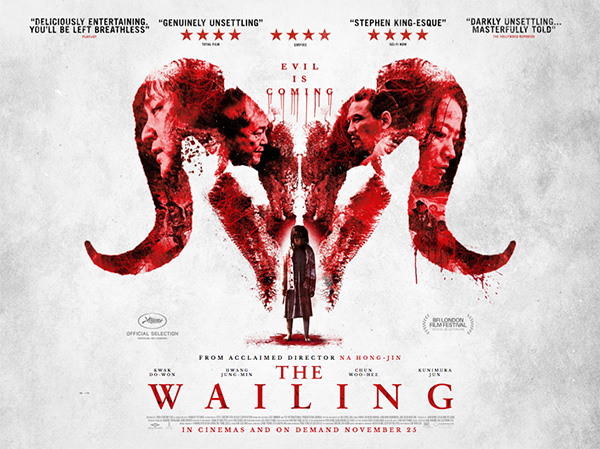