The film, which is a reboot of the original 1971 ‘Kamen Rider’ series, revolves around a college student who is abducted by an evil organization and converted into a cyborg. The cast includes Sosuke Ikematsu, Minami Hamabe, and Tasuku Emoto.

Synopsis: College student and motorcycle enthusiast Takeshi Hongo is abducted by the evil organization Shocker and converted into a cyborg as part of their plans for world domination. Before they can brainwash him to do their bidding, he escapes and uses his new enhanced abilities as Kamen Rider to wage a one-man war against Shocker.

‘Shin Kamen Rider’ is scheduled for release across Japan in March 2023. 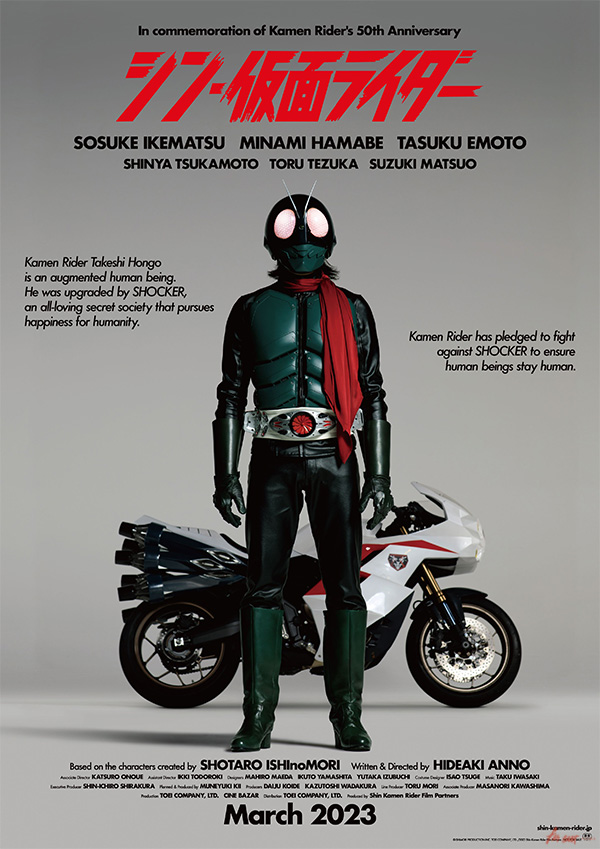