Synopsis: Japan, 1944. Trained for intelligence work, Hiroo Onoda, 22 years old, discovers a philosophy contrary to the official line: no suicide, stay alive whatever happens, the mission is more important than anything else. Sent to Lubang, a small island in the Philippines where the Americans are about to land, his role will be to wage a guerilla war until the return of the Japanese troops. The Empire will surrender soon after, but for Onoda and his men, the war will go on for 10,000 more days.

You can find further details on the release, including screening locations, at ThirdWindowFilms.com. 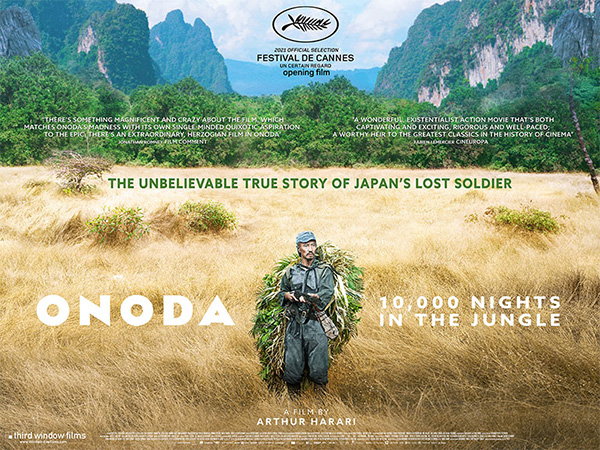