‘The Owl’ (올빼미) is a 2022 South Korean historical drama directed by An Tae-Jin.

The film revolves around a blind man who witnesses the death of the crown prince and attempts to reveal the truth to those around him. The cast includes Yu Hae-Jin, Ryoo Joon-Yeol, Choi Moo-Sung, Cho Seong-Ha, and Park Myoung-Hoon.

Synopsis: Kyeong-Soo (Ryoo Joon-Yeol) is a blind acupuncturist. He is unable to see anything during the daytime, but, strangely, he is able to see like a normal person at night. One evening, Kyeong-Soo happens to witness the death of the crown prince. This death leads King Injo (Yu Hae-Jin) into madness. Kyeong-Soo attempts to reveal the truth behind the crown prince’s death. [Source: AsianWiki] 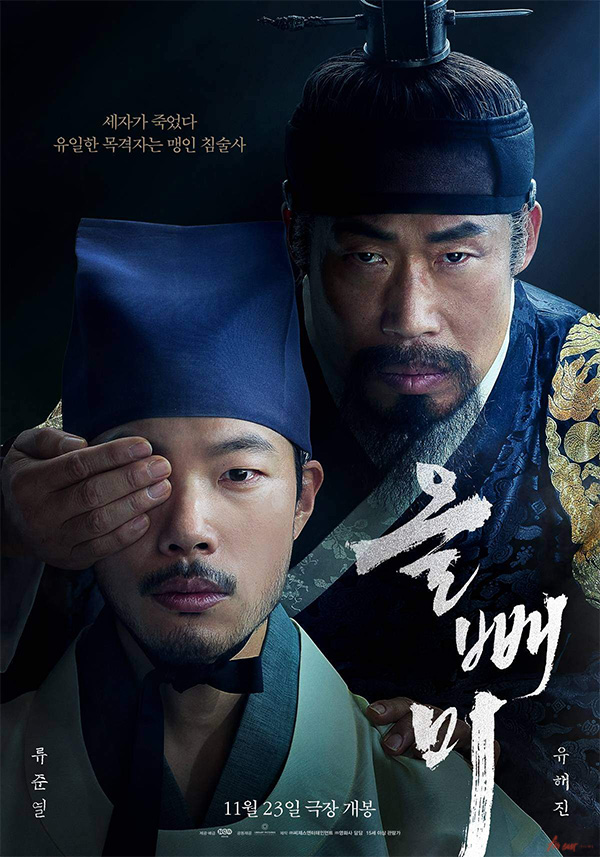