‘Memoirs of a Murderer’ (22年目の告白―私が殺人犯です― / Confession of Murder) is a 2017 Japanese detective thriller directed by Yu Irie.

The film, which is a remake of the South Korean film ‘Confession of Murder’, follows a cop who is desperate to nail a killer after he waits until the statute of limitations has expired to write a tell-all book. The cast includes Tatsuya Fujiwara, Hideaki Ito, Kaho, Shuhei Nomura, and Anna Ishibashi. 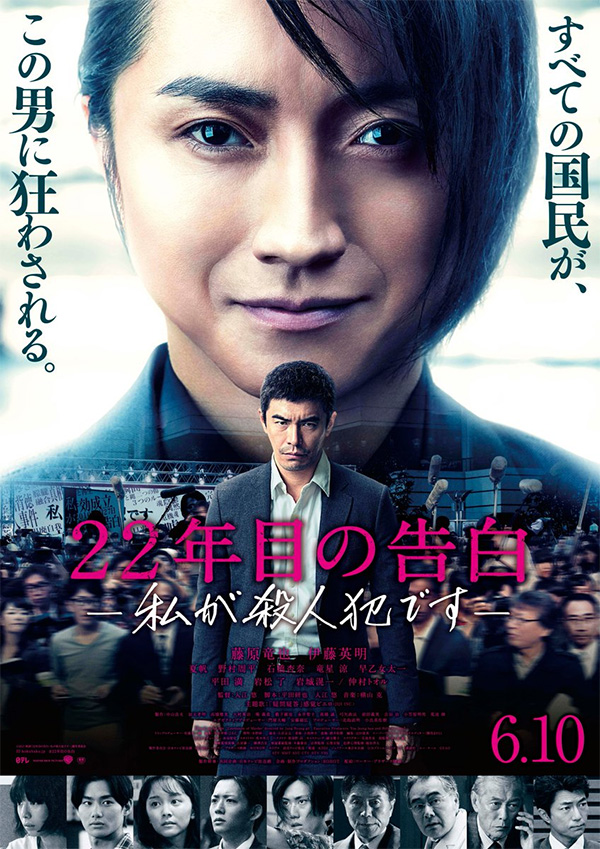