‘Some Like It Hot’ (情圣) is an upcoming Chinese romantic comedy directed by Song Xiaofei and Dong Xu.

The film revolves around a man who becomes besotted with a female model and does everything in his power to try and win over her affections. The cast includes Xiao Shenyang, Clara Lee, Yan Ni, and Dai Lele.

Synopsis: Xiao Han, a man with deep anxiety caused by the tragic death of one of his schoolmates, Queen Wang. He leads a boring life for forty years. The married man then decides to make himself feel young and vibrant again. In order for him to do that, he has to pursue beauty where he then chooses to chase after this gorgeous woman named, Yoyo who is a Korean model. He does this with his three friends which turns out to be a crazy hilarious endeavour towards fulfillment. In the midst of his pursuit after Yoyo, he unwittingly created a love interest misunderstanding with his superior, Miss Ma Lilian whom his buddy, Ai Mu has a crush on. 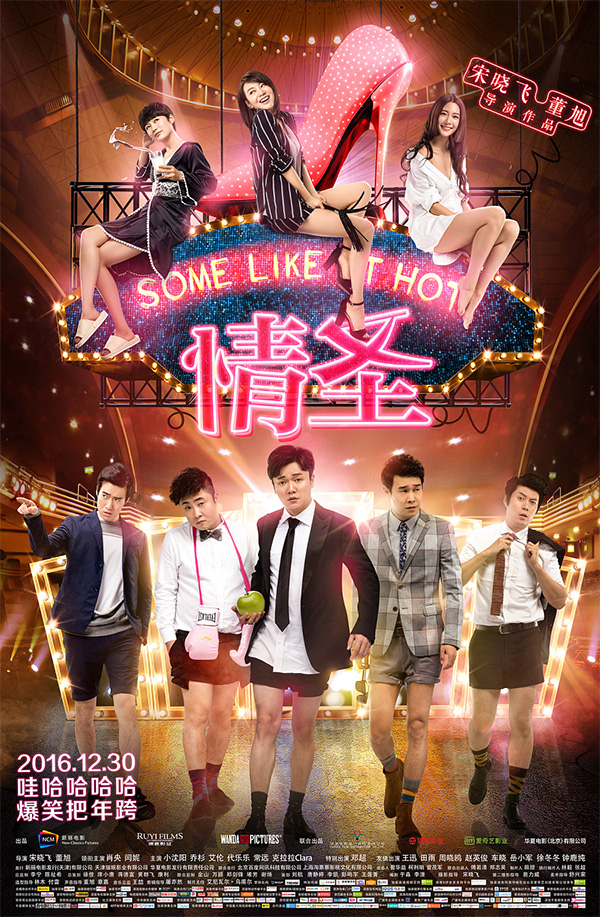