The film, which is a reimagining of the classic tokusatsu hero, revolves around a man who finds himself chosen to become the newest human host of Ultraman. The cast includes Takumi Saito, Masami Nagasawa, Hidetoshi Nishijima, Daiki Arioka, and Akari Hayami.

Synopsis: Japan is constantly being invaded by giant, unidentified lifeforms known as the “S-Class Species.” In order to suppress these creatures, the Japanese Government formulates the S-Class Species Suppression Protocol (SSSP). As the threat of the “S-Class Species” grows, a silver giant appears from beyond the earth’s atmosphere. Shortly thereafter, Analyst Hiroko Asami and Shinji Kaminaga are appointed to the SSSP. 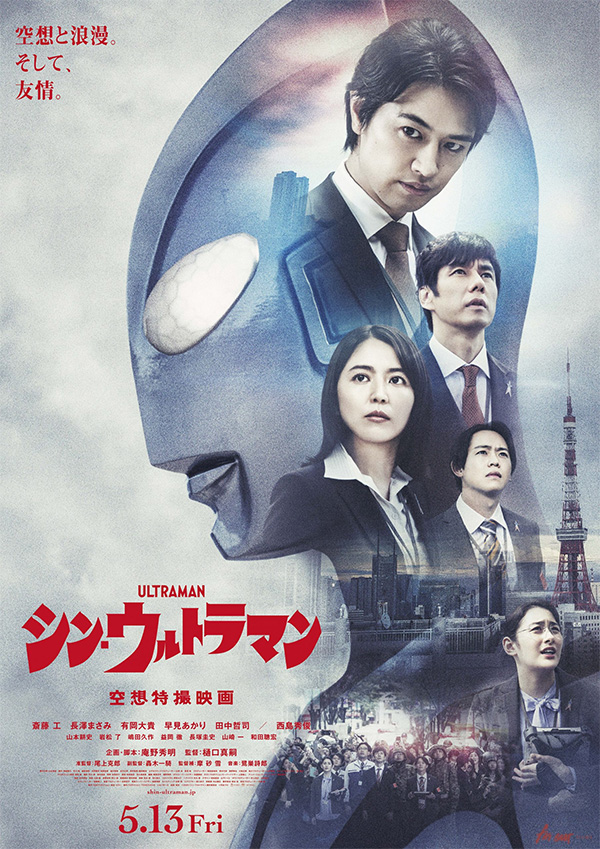