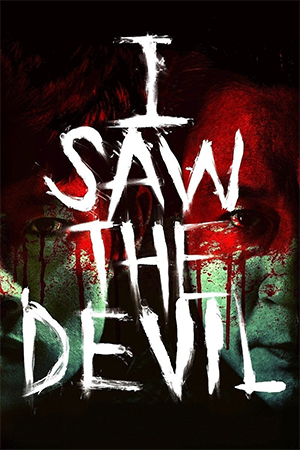 Catch and release. Catch and release. That’s the basic premise behind Kim Jee-Woon’s slick sick flick as a secret service agent (Lee Byung-Hun) extracts painful revenge on the killer (Choi Min-Sik) of his pregnant wife. Despite capturing the wanted serial killer, the agent beats him to a pummel, implants a GPS tracking device in him and lets him go: so he can capture him again, administer violent retribution, release him and do it all over again. And, as expected, the line between hero and villain becomes increasingly blurred as the two take their twisted game of cat and mouse to extreme heights.

Sick and twisted doesn’t even begin to cover the sadistic atrocities committed in ‘I Saw The Devil’. As much the nihilistic tone and misogynistic tendencies as the ultra violence and in-your-face gore, Kim Jee-Woon’s flick gives some of the silver screen’s most violent films (mainstream, underground, foreign or otherwise) a run for their money. An impeccably well made, shot and courageously acted film for sure but a film that unfortunately sacrifices a lot in the name of unrelenting violence. The concept is novel, for the most part well executed and certainly daring (those who love their extreme cinema and have to see every example of it will certainly get their sick twist hit) but the film, dare I say, pushes its boundaries so much over it’s almost two and a half hour running time that the viewer (or this viewer at least) just becomes as bludgeoned about the head as any of the characters do in the film.

The violence is blunt, in your face, though mercifully never too lingering that it certainly shocks and we certainly get the point that Choi Min-Sik’s villain is a very bad man but there are so many beatings, stabbings, limb severings and outright beating-the-shit-out of someone violence it just becomes nauseating. If this was the directors’ point he certainly succeeds. On top of this there is a nasty sexual side to proceedings which tips the film even further into icky territory and it’s the often graphic and inhumane treatment of women that lets the film down some what: robbing it of its initial intriguing hook of being an adrenaline charged revenge thriller.

Not even the odd moment of black humour (a man unable to pull the screwdriver that is speared through his hand out) and Kim Jee-Woon’s knack for crafting exhilarating sequences of action and tension (the greenhouse fight, the mansion double barrelled shotgun set-piece) can elevate his film beyond pure nihilism. The actors are terrific, especially the two leads with Choi Min-Sik creating one of cinemas truly sickest bad guys and the director’s commitment to not pulling any punches (that amazing whirling camera shot of a bloody knife fight inside a moving taxi) is certainly commendable but logic and good storytelling soon take a backseat in order to out grand the grandest of Grand Guignol.

Now I’m a massive Kim Jee-Woon fan, would go as far to say he is my favourite Korean (if not Eastern) filmmaker, absolutely love ‘A Tale of Two Sisters’, ‘The Good, The Bad and The Weird’ and even ‘The Quiet Family’ and would rank ‘A Bittersweet Life’ as one of my favourite films of all time but his ‘I Saw The Devil’ just left me too cold. Certainly well made and ambitious (and good to see the director trying something else yet again) and while there are probably sicker films out there, ‘I Saw The Devil’ is no walk in the park.

If you dig this kind of thing add another star, otherwise approach with caution.