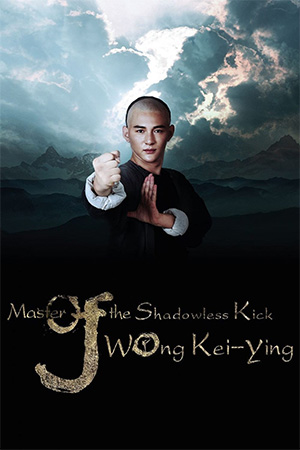 HBO Asia enters the potentially lucrative Chinese market with two films that tackle two legendary characters who have left their names in genre history; Beggar So is given his own movie in ‘Master of the Drunken Fist: Beggar So’ – also directed by Guo Jianyong – while Wong Fei-Hung’s father is highlighted here in ‘Master of the Shadowless Kick’. Unfortunately the results are a world away from the Hong Kong action heyday that they clearly allude to.

Kung-fu master and expert physician Wong Kei-Ying looks after patients in Canton, building up a reputation as an upright man always ready to help those in need. As the threat of foreign-backed opium continues to spread throughout the city, Wong decides to ally himself with the seemingly righteous local official Wei who has vowed to rid the area of the influence of a nefarious gangster. When the combined powers finally achieve this goal though, Wong Kei-Ying discovers that he may not have been fully aware of the whole story and finds out that Wei is just as involved in the drugs trade as those he opposes. When he decides to right the wrong he stands to lose everything in the process as Wei turns the screw by kidnapping the pre-teen Wong Fei-Hung and caring westernised sister-in-law.

It says much for ‘Master of the Shadowless Kick’ that for most of the running time I genuinely thought that this was an edited down version of a much longer television series. Whole plot points just appear and disappear at will, moments that should be pivotal like the death of Wong Kei-Ying’s wife happen off screen and with almost no build up. The villain is revealed halfway through the film and then wears a mask at the end, promising to show his identity if he is defeated; the fact that the conversation between our hero and villain pertaining to this fact has already happened is conveniently forgotten. Characters appear, disappear, go from villain to hero, become embroiled in the plot and then flit away into the aether. It really is one of the most baffling big budget productions of recent years.

While z-grade movies tend to have a certain goodwill attached to them that allows certain errors to fly under the radar, ‘Master of the Shadowless Kick’ has solid financial backing and none other than Corey Yuen producing so there is an expectation of something reasonably competent. Unfortunately this doesn’t even have a so-bad-it’s-good vibe; it’s just a painfully dull, sloppily edited mishmash of ideas lifted from much better films. A few fight scenes pull one back from catatonia, but mostly this is a failure without the luxury of budget constraints to blame its incompetence on.