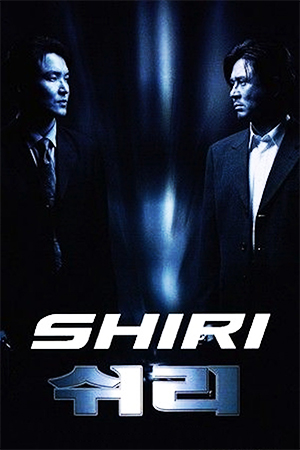 ‘Shiri’ is a new South Korean thriller that is currently making waves due to its focus on Korea’s internal conflicts. But, does the movie do enough to enthral international audiences or is the material lost in translation?

When an infamous female sniper assassinates one of the biggest arms smugglers in South Korea, Special Agents Ryu (Han Suk-Kyu) and Lee (Song Kang-Ho) are called in to try and uncover her motives.  Around the same time, a large quantity of a newly developed liquid explosive is stolen and all signs seem to point to a possible connection.  As the situation begins to unfold, it becomes clear that a North Korean terrorist force is responsible but they seem to anticipate the Police’s every move. Will Ryu and Lee be able to locate the explosive before something goes bang or will the sniper get to them first?

Focusing primarily around the divide between North and South Korea, ‘Shiri’ is a very glossy and action-packed thriller that pushes all of the right buttons. Expertly directed by Kang Je-Gyu, the film tells a very involving and enticing tale that is made all the more appealing by some top performances from Han Suk-Kyu and Choi Min-Sik. Thankfully, it’s also executed in such a way that you don’t have to get too wrapped up in the politics to appreciate what it has to offer. It’s just as easy to watch the movie as a blockbuster style action flick that just so happens to revolve around some real life conflict.

As for the action, it’s noticeable that ‘Shiri’ has drawn inspiration from a number of police thrillers but it also contains a unique sense of excitement. Most of the gunplay hinges on the film’s core idea of realism with plenty of bloody shoot-outs that are direct and to the point.  There’s also some very pleasing sequences involving a Special Forces Unit that are made all the more appealing by the use of a handheld camera to throw you into the thick of the action.

What I liked most about ‘Shiri’ is the complete package that it offers.  It successfully manages to bring some real life questions to the table whilst still making an effective slice of cinema that is extremely stylish and action-packed.