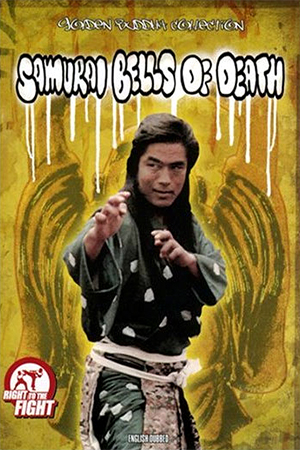 This deadly serious but mostly ridiculous chopsocky fest is extremely dated and unnecessarily convoluted: well, maybe not convoluted, but it’s a little wordy with characters standing around talking about their various clans, who they are gonna fight, and who is betraying whom. Dragon and his clan head out to a chosen rendezvous spot so Dragon can duel with the head of a rival clan, Phoenix. However, Phoenix has already mysteriously died which means Dragon must now fight one of Phoenix’s best students: which bizarrely happens off screen and Dragon is beaten (!). One of the sons of Dragon is in line to take over the clan but before he does he discovers his father was hiding some secret warrior called the Cold Blooded Mistress. This then leads to lots of running around with them, and various other scheming characters, fighting one another in a surfeit of sword fights that liven things up, somewhat, before an epic showdown (where everyone fights everyone!) caps things off.

‘Beauty Escort’ is all kinds of silliness and nonsensical plotting: though (much to its advantage) does contain said death bells which when chimed send everybody into barmy fits where they writhe around holding their hands over their ears in pain. Apparently the only way you can survive the death bells is if you are in love. No, really. See, all kinds of silly. This gibberish continues with all kinds of bonkers dialogue (with one character actually uttering the immortal line, “Frankly dear, I don’t give a damn” at one point), the producers chucking in some James Bond music in at another point (I can’t be 100% sure about that but it sure sounds like its been lifted from a Bond soundtrack) and way too many scenes of characters standing around talking rubbish to one another. The makers also decided to shoot much of the film on purpose built sets. This is quite cool as it gives proceedings a sort of other worldly vibe but does limit the action to just a number of sets meaning the film never feels as epic as it should.

While the fights in ‘Beauty Escort’ will never go down as classic ones, or particularly well-choreographed ones, there is a fair few of them and they are lively staged. Most of the fights are sword, or some other weapon, based meaning lovers of old school hand-to-hand combat may be disappointed but the various sword duels are energetic if a little repetitive. There is a cool fight on the top of a mountain, a tri-bladed sword makes an appearance in several of the fights (who doesn’t like a sword with 3 blades?) and the big fight finale sees a few nifty techniques and combos being utilized as everyone fights one another in one massive fight.

Unfortunately, ‘Beauty Escort’ is no old school classic and should probably only be viewed by complete-ists, or after you have exhausted many (many) other old school kung fu flicks or very late at night with a buddy who can make fun of it with you. Its very silly, very dated and only has a couple of ok fights.