Well Go USA have announced the release of the third instalment in the SPL martial arts franchise, ‘Paradox’ (杀破狼·贪狼) on Digital, Blu-ray and DVD from May 8, 2018.

Directed by Wilson Yip, the film centres around a tough police negotiator who gets in over his head when he travels to Bangkok to search for his missing teenage daughter. The cast includes Louis Koo, Gordon Lam, Chris Collins, Wu Yue, Tony Jaa, Michelle Saram, Ken Lo, and Hanna Chan.

Synopsis: Hong Kong cop Lee (Louis Koo) goes on a search in Thailand for his missing daughter Chi (Hanna Chan). Thai Chinese police officer Chui Kit (Wu Yue) lets Lee join the investigation, having no idea that Lee is going to use the mass media to hunt for clues. A short clip which accidentally filmed Chi’s capture is uploaded to the police website, but subsequently deleted. Chui Kit and colleague Tak (Tony Jaa) tracks down the clip owner, but the evidence is destroyed before they can stop it. The duo begins tracking down the culprit. As they get closer to the truth, they realize that the case is more complicated than they expected, and the mastermind behind the scene is not someone they can deal with…

‘Paradox’ is available for pre-order from Amazon.com. 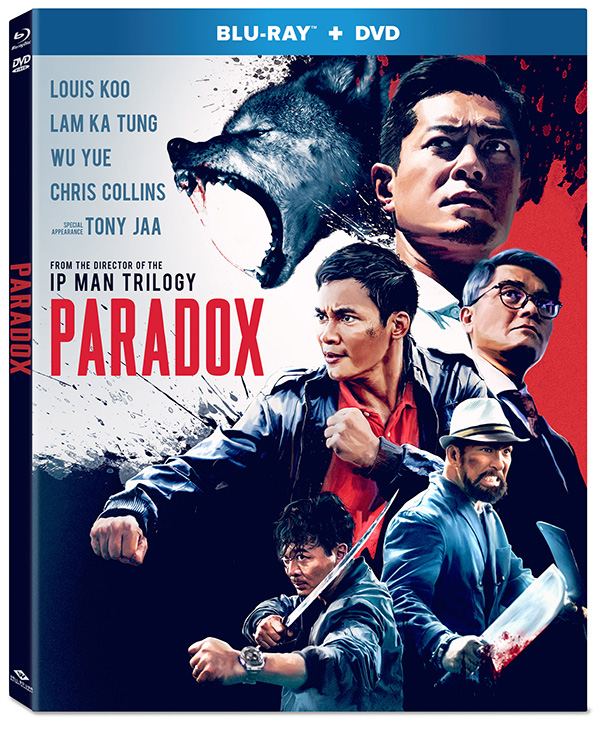