Anime Limited are bringing the 2015 Japanese animated youth drama ‘The Anthem of the Heart’ (心が叫びたがってるんだ。) to UK Blu-ray on January 31, 2022.

Directed by Tatsuyuki Nagai, the film revolves around a young girl who has her voice magically taken away, changing her outlook on music and friendship. The voice cast includes Inori Minase, Koki Uchiyama, Sora Amamiya, Yoshimasa Hosoya, Yo Yoshida, and Keiji Fujiwara.

Synopsis: Jun is a girl whose words have been sealed away. She was once a very happy girl, but because of a “certain thing” she said when she was very young, her family was torn apart. Then, the egg fairy appeared in front of her and sealed away her ability to talk in order to stop her from hurting anybody else. Since this traumatic experience, Jun lives in the shadows away from the limelight. Years later — she is nominated to become an executive member of the “community outreach council.” On top of that, Jun is also appointed to play the main lead in their musical…

‘The Anthem of the Heart’ is available to pre-order now from Amazon.co.uk. 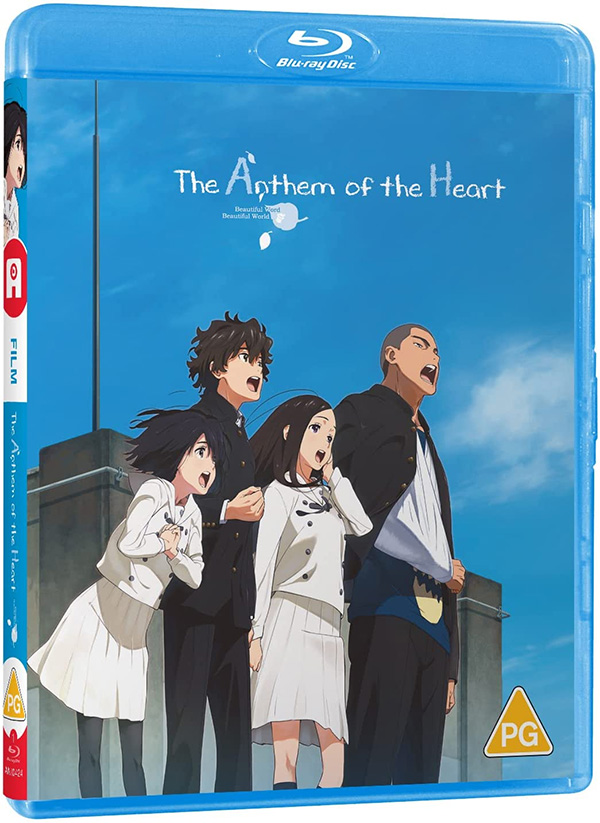