Directed by Chang Cheh, the film revolves around an assassination that leads to all-out war between the Iron Flag Clan and the Ten Killers of the Underworld. The cast includes Philip Kwok Chun-Fung, Chiang Sheng, Lu Feng, Lung Tien-Hsiang, Chan Shen, and Wong Lik.

Synopsis: When the master of the Iron Flag clan is killed by a mysterious assassin known only as Spearman, it sets off an explosive chain of events which pits two brothers against each other in an action-packed adventure of fist flying fury.

‘The Flag of Iron’ is available to pre-order now from Amazon.co.uk. 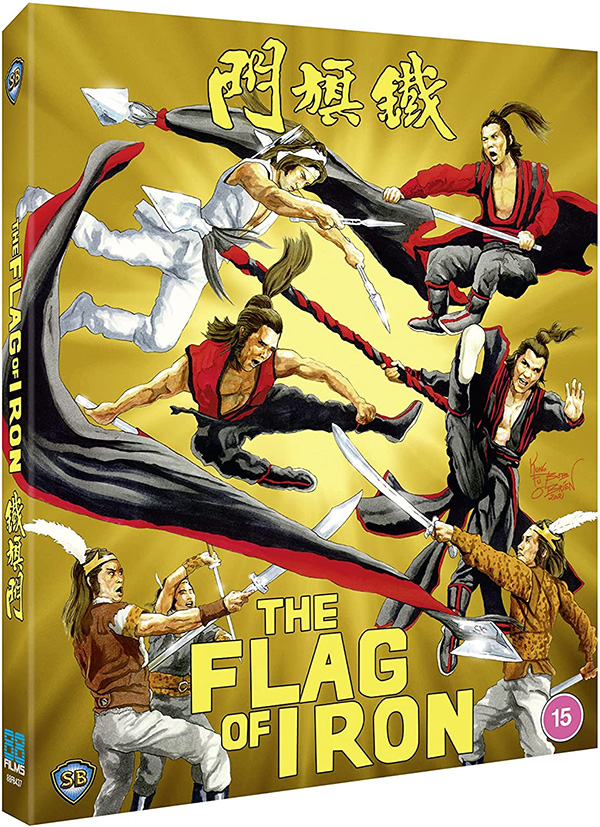