The critically acclaimed film ‘After The Storm‘ from award-winning director Hirokazu Koreeda (‘Still Walking‘) will open across UK cinemas on June 2.

The film follows a private detective who has to deal with the loss of his father, while also struggling to find child support money and reconnect with his son and ex-wife. The cast includes Hiroshi Abe, Kirin Kiki, Yoko Maki, Taiyo Yoshizawa, and Sosuke Ikematsu.

Synopsis: Dwelling on his past glory as a prize-winning author, Ryota wastes the money he makes as a private detective on gambling and can barely pay child support. After the death of his father, his ageing mother and beautiful ex-wife seem to be moving on with their lives. Renewing contact with his initially distrusting family, Ryota struggles to take back control of his existence and to find a lasting place in the life of his young son –until a stormy summer night offers them a chance to truly bond again.

‘After the Storm’ will open across selected cinemas so you’ll need to check local listing for screening times. 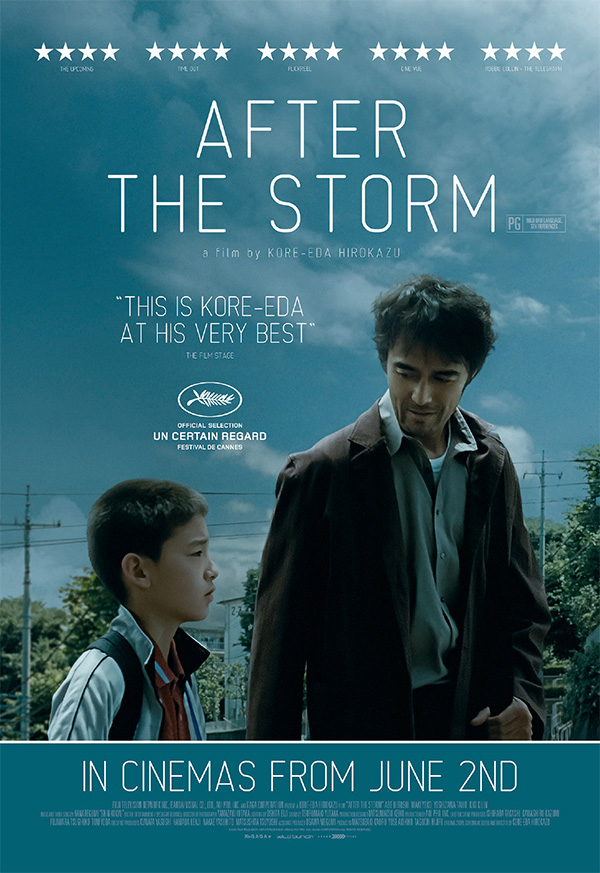