‘Believers’ (ビリーバーズ) is a 2022 Japanese drama written and directed by Hideo Jojo.

Based on the manga by Naoki Yamamoto, the film revolves around three cult members who are stranded on an island off the coast of Japan and begin to question their beliefs. The cast includes Hayato Isomura, Yui Kitamura, Shohei Uno, and Katsuya Maiguma.

Synopsis: Three cult members are stranded on an island off the coast of Japan and devote themselves to the “Deserted Island Program”. The three members, two men and one woman, call each other by rank and attempt to purify themselves from the evils of society. However, the believers soon begin to question their beliefs as they succumb to their temptations. [Source: AnimeNewsNetwork] 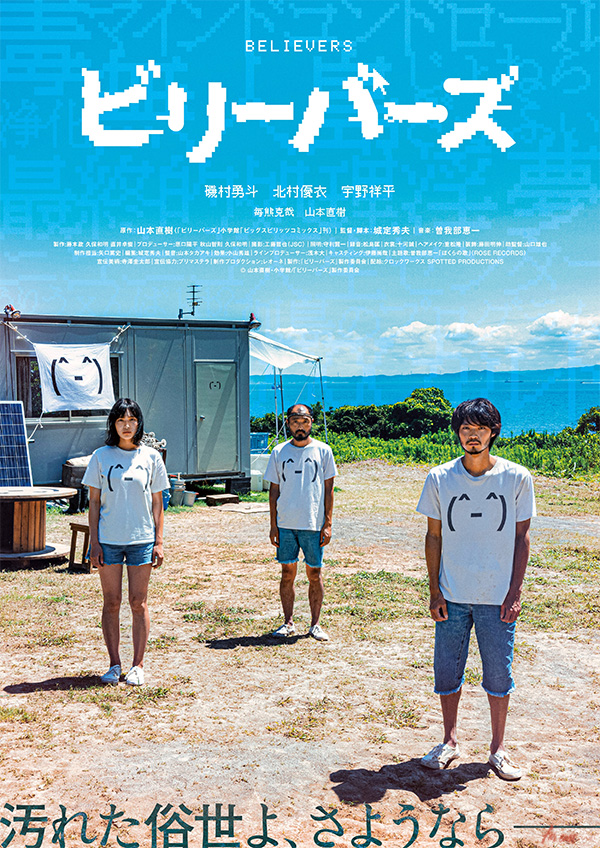