‘Murder at Shijinso’ (屍人荘の殺人) is a 2019 Japanese murder mystery directed by Hisashi Kimura.

Based on a novel by Masahiro Imamura, the film follows a university Mystery Club who take a field trip into the mountains and uncover a real murder. The cast includes Ryunosuke Kamiki, Minami Hamabe, Shono Hayama, Yuma Yamoto, and Yui Sakuma.

Synopsis: Every student is encouraged to join an extracurricular club and this one joins the university’s Mystery Club.The club has a couple of veterans, but the real thing – an actual detective – is also in their midst.The club goes on an outing in the wilds of nature and on a mountain. They feel they have done the right things and taken the correct precaution, but when daylight comes they are confronted with the reality that a murder has occurred. 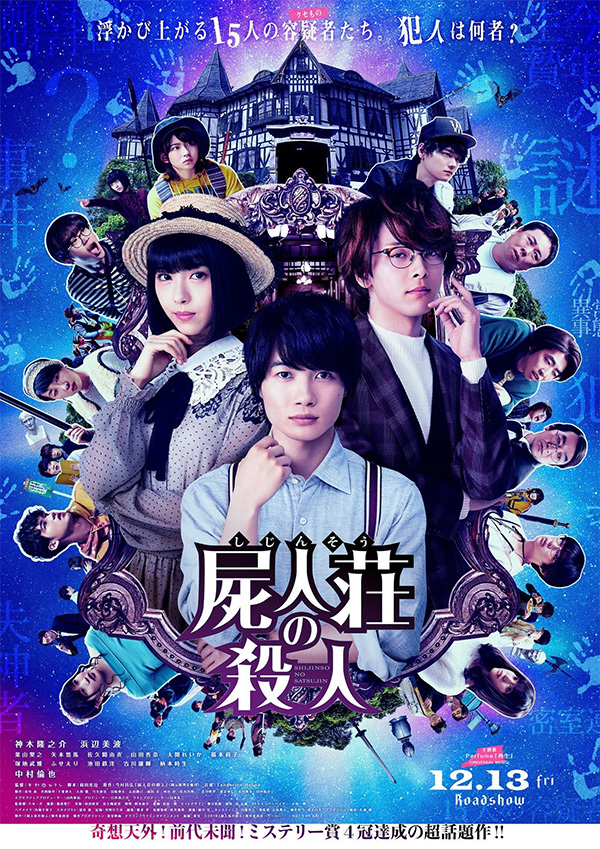