‘ReLIFE’ is a new Japanese live-action adaptation of the science fantasy drama manga series by So Yayoi.

Synopsis: Arata Kaizaki (Taishi Nakagawa) is 27-years-old and unemployed. He quit his prior job after working for the company for 3 months. Arata Kaizaki decides to take part in a research program “ReLIFE.” He takes medication that makes him look 10 years younger and he is to attend high school for a year. There, he falls in love with female high school student Chizuru Hishiro (Yuna Taira). 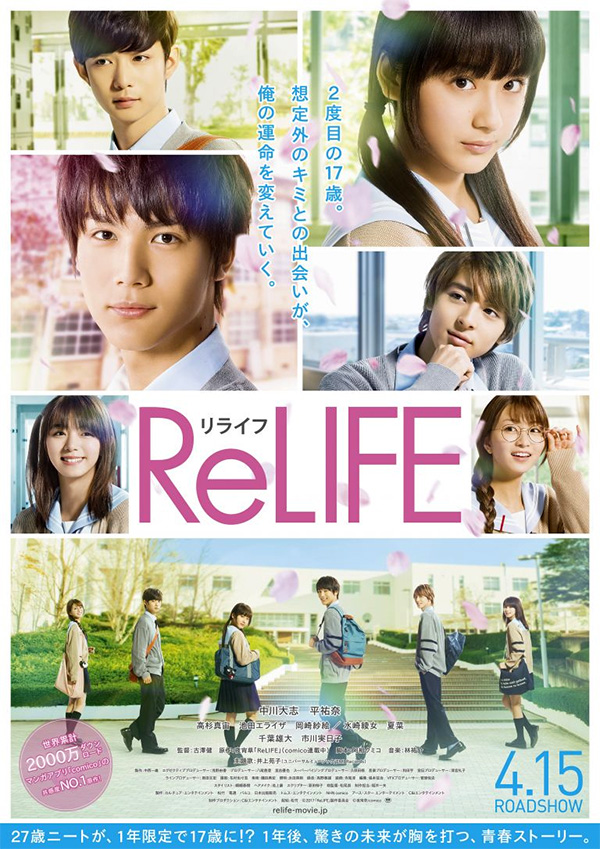