‘Yakuza and The Family’ (ヤクザと家族 The Family) is a 2021 Japanese crime drama written and directed by Michihito Fujii.

The film follows a yakuza member as he works his way through the ranks over a period of 20 years, eventually becoming the head of his own family. The cast includes Gou Ayano, Hiroshi Tachi, Machiko Ono, Yukiya Kitamura, and Hayato Ichihara. 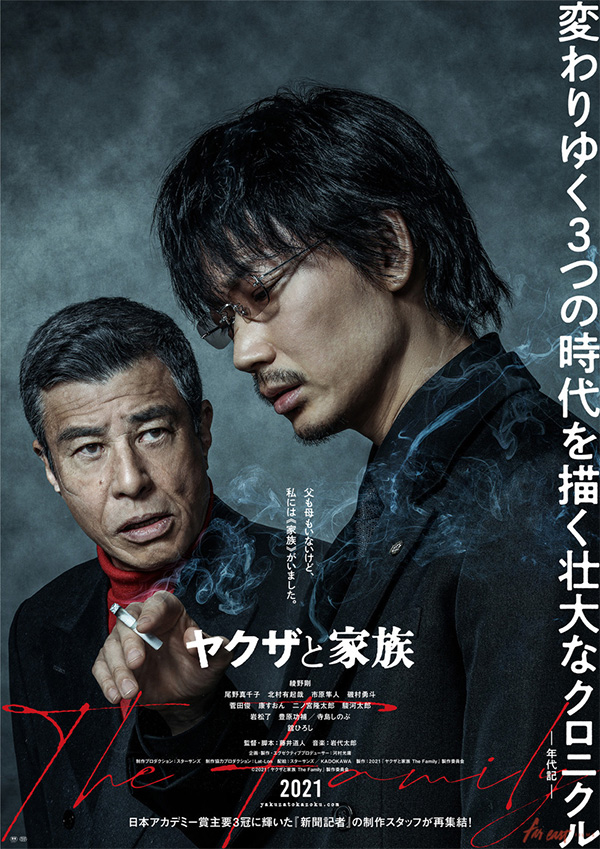