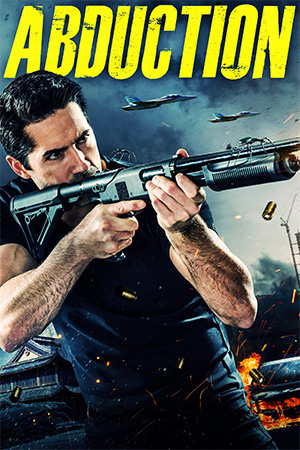 Andy On and Scott Adkins kick a serious amount of butt in this sci-fi, martial arts hybrid that for all it’s bonkers plot trajectories and limited budget occasionally buckling, is high on ambition and a whole heap of fun. The two action stars play men of equal fighting skill who are each looking for a missing family member who seem to have been abducted by a strange sect of beings. As they both race across a Vietnamese city desperately searching for their missing loved ones and seeking answers to who the mysterious hooded figures are, the two eventually cross paths and unite for a final fierce battle with the mysterious abductors.

Co-produced by the legendary Roger Corman this has his sense of fun and mish-mash of genres stamped all over it and while the lack of budget shows through on occasion (mainly with some ropey CGI effects), ‘Abduction’ is tightly handled by director Ernie Barbarash (‘Assassination Games’, ‘Falcon Rising’). He keeps proceedings moving at a clip as the two stars rush around the city trying to find answers and fighting off various foes. The film perhaps has ambitions above its budget and proceedings do get a little muddled with time travel, strange beings, alternate dimensions and oodles of fight action all vying for screen time. Yet, if you can leave your pretensions at the door, there is a lot of fun to be had.

The cast all seem game, the mysterious beings are kind of groovy and Adkins and On get to cut loose in some great fight scenes. Choreographed in part by the great Tim Man (‘Accident Man’, ‘Ninja: Shadow of a Tear’) the fights are fast, fluid and fun with Barbarash making sure we are rarely five minutes away from the next one. Adkins can do no wrong at this point when it comes to screen fighting and this is also a great showcase for the talents of On: the two even get to throwdown at one point. Sweet!

Not to be taken too seriously (even if it is played a little too straight on occasion!), ‘Abduction’ is fast- moving-genre-splicing-fun. A bit like a SyFy Channel movie mixed with an Adkins actioner, ‘Abduction’ is ninety or so minutes of sci-fi silliness coupled with action awesomeness featuring two of the best screen fighters around. I dug it.