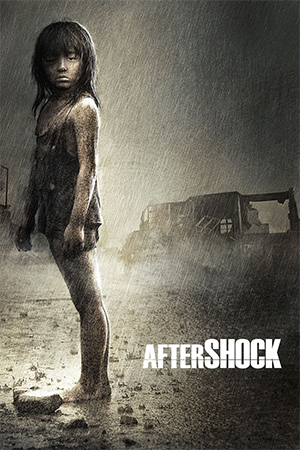 Feng Xiaogang continues to impress as one of the most talented Chinese directors working today. After such diverse and entertaining films as ‘A World Without Thieves’, ‘The Banquet’ and ‘Assembly’, he now turns his hand to the devastating fallout that follows after the 1976 Tangshen earthquake. Focusing on one family, Xiaogang’s film deals with the harrowing decision one mother has to make when an earthquake decimates her hometown of Tangshen. Her husband is killed and her twin children, one daughter and one son, are trapped beneath rubble. But in order to save one the other will have to die and the mother must make the unthinkable decision. She saves her son leaving her daughter to perish but unbeknownst to her the daughter actually survives and is taken in by a caring foster family. The film then spans the next 32 years as the family, now torn apart, deal with coping with what happened on that fateful day in Tangshen.

Despite opening with an incredible sequence showing the earthquake destroying Tangshen (and an awesome shot representing the approaching disaster with a swarm of dragonflies making their way through the town), ‘Aftershock’ is very much a drama rather than your run-of-the-mill disaster flick. Spanning four different decades, ‘Aftershock’ shows how the family come to terms with what happened during the earthquake all learning to deal with loss, new families and how to move on. The film is free from disaster movie cliché and the actual earthquake only takes up the first ten minutes of the film. Xiaogang gives us a rewarding and often very moving drama that is bolstered by some superb performances. While it can never quite get away from melodrama and laying on the importance of loss and dealing with grief a little too thick, Xiaogang still manages to create real characters dealing with very real emotions. The natural approach of the film (though the cinematography is often stunning) helps to convey a sense of reality as every character is pretty much put through the emotional ringer. Framing the story over four decades we catch up with each of the principles every ten years or so to see how they have moved on and changed but how the earthquake is still affecting all of them.

At its heart is the harrowing concept of how one would choose which child to save: a scene that is deftly handled but hard to watch. Xu Fan is remarkable as the mother who must make this decision, and while she always seems to be breaking down, she expertly conveys how this decision stays with her character for the rest of her life. In addition, Zhang Jingchu is equally good as the daughter who hears her mother choose her son to live over her and despite the cast’s tendency to maybe over-egg the melodrama a bit the film is generally quite moving. And you’ve got to have a heart of stone not to well up a little at some of the truly harrowing scenes of decisions characters have to make.

A well made drama that follows the lives of a small group of characters after an horrific event, ‘Aftershock’ may disappoint those looking for the regular disaster movie tropes but those in the mood for a rewarding character piece should check it out.