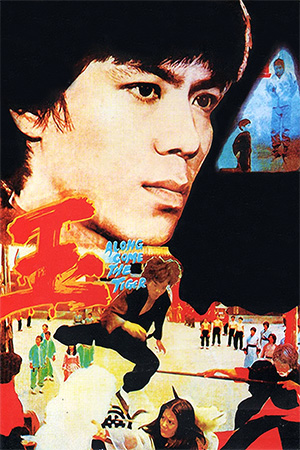 As a child, Yuen saw his father hanged by a notorious crime boss and his cohorts. Now, as an adult, he has stayed true to his promise to remain mute until he can take his revenge and now, decades after the event, he is proficient enough to achieve his goal. When he arrives in town to fulfil his mission, Yuen – now known by all as Miracle Man – finds that he has to work his way through other members of the gang first before facing his arch-enemy. Yet his movements are carefully followed by a cocky young fighter with his own unknown motives and an interest in the story behind Miracle Man.

It’s easy to forget that Wu Ma was an accomplished director; his face was one of the most totemic images of Hong Kong cinema’s Golden Age and he lit up numerous films with his appearances in front of the lens. Yet behind the lens, Wu Ma also made some important contributions to local cinema, having a hand in great Shaw Brothers films like ‘The Water Margin’ and ‘The Pirate’ not to mention independent features like ‘Deaf & Mute Heroine’. ‘Along Comes A Tiger’ is another exhibition of the skill that Wu Ma had in taking genre fare and elevating it to something better than it might initially appear.

‘Along Comes A Tiger’ owes much to Spaghetti Westerns; it favours long shots of solitary fighters on windy plains, close-ups of eyes moving and features a hero who barely says a word throughout the film. Nevertheless, this isn’t just a case of moving the conventions to the martial arts genre – it is very much proud of the theatrics of its art. There’s a wonderfully odd menagerie of characters in the film, from the mute hero, the arrogant sidekick, the hunchback villain and the obsessive compulsive cohort (played by Philip Ko, who really deserved more screen time here). That’s what lifts it as a film; this isn’t just a arm-flailing basher, this is an investment in the world that Wu Ma creates.

Fight action is slick and inventive, cinematography is intriguing and there is care to make ‘Along Comes A Tiger’ something that can deserve to stand among much more acclaimed contemporaries. Once again, Wu Ma has delivered an independent genre flick that is involving, utilising his excellent cast well and making a very predictable story about revenge something a little different.