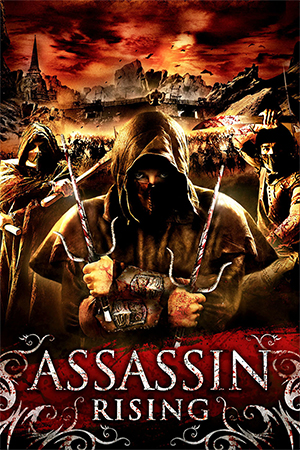 It’s historical Thai action time again in this barmy tale of heroic villagers defending their community from some rampaging marauders: so heroic speeches, a bit of comic relief, some epic battles and a spot of time travel. Wait, what!? Yep, time travel as for some inexplicable reason three modern day (and rather annoying) teenagers are sent back in time to help the good guys defend their village from the bad guys. It gets even crazier as the three teenagers seem to take all this in their stride (hardly batting an eyelid that they have just been sent back in time to take part in an epic battle), mystifyingly know how to build weapons, perform medical duties and take part in violent combat, along with the village elders who also don’t bat an eye lid that three teenagers have just arrived from the future in a swanky SUV believing they are a blessing from their Buddha. Bonkers.

Presumably in an attempt to distinguish it from the countless other Thai epics that have been released recent years (‘Edge of the Empire’, ‘Blood of Warriors’, ‘Demon Empire’) and perhaps to teach modern youngsters about their history, the inclusion of the time travel element just adds up to whole lot of what the??!! Not least by the fact that it’s included so haphazardly meaning there is no dramatic build up to the event (it just happens out of nowhere about twenty minutes in!) and to be honest, there is really no reason for the time travel element to be included. ‘Assassin Rising’ is no classic but it was shaping up to be a fairly entertaining low budget action epic. And to be fair it still is really as despite its random elements of time travel and rubbish attempts at humour there is just enough nice photography and ok action to get the less critical viewer through the runtime.

Plus you do get the sight of a black SUV full of teenagers in designer clothes charging through the epic battle for the city of Ayuthaya which certainly gives the film a unique visual look if nothing else. Not quite as bad as the above descriptions might make it sound but far too barmy, slapdash and low rent to be fully successful with its intentions, ‘Assassin Rising’ is probably best for those looking for a (unintentional) giggle and a quick action fix.