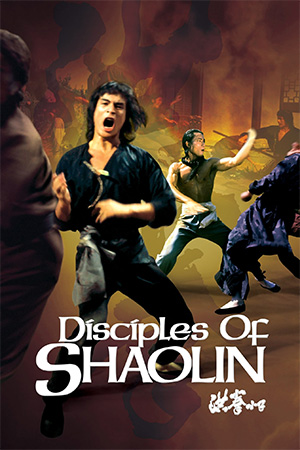 The Shaw Brothers studio produced a number of unsung classics throughout the 70’s and this is certainly one of them. The film has stood the test of time in terms of fight action, performances and direction, all of which are exceptional. Such was the on-going popularity and respect that the film has acquired, the film remains a firm favourite with the Jade screen fans. Recently it was remade as ‘The Bare-footed Kid’ and although that film was a classic in its own right, it could not better the original.

Fu Sheng takes the lead role as Kwan, an innocent country bumpkin who travels to town to see his trusted old friend (played by Chi Kuan-Chun). Chi is working in a textile mill and manages to arrange work for his friend. Kwan notices that the real wealth never filters down to the common worker and the affluence he longs for (superbly represented by a pair of brand new shoes) will never be his. However, when a rival mill uses violence to get their own way, Kwan uses his kung-fu skills to great effect and is soon showered with goods by the mill owner. Chi dissuades him from becoming a hired thug for his uncaring employees. In an expertly filmed flashback, we see that Chi once found himself in similar circumstances, but realised that those in charge care little for the lackeys they employ. Instead it’s better to live a quiet life away from this strife and concentrate on making ends meet. As Kwan becomes more and more spoilt by the riches that are thrown at him, he loses sight of his real friends and becomes just another property owned by the mill boss. His new position, however, soon means that he is thrust into the middle of life-threatening combat and it is not long before he meets his match. Now, Chi musters recalls his past one last time, in an effort to avenge his naive friend.

Had he lived, it is possible that Fu Sheng would have been Hong Kong’s greatest ever actor. His acting ability, whether it be in a comic or dramatic vein, was quite astonishing. ‘Disciples Of Shaolin’ presents primary evidence of this. The various complexities of the character (his inner struggle between his lust for riches and his essentially good character) are handled with ease. Often, Fu Sheng would walk away with the acting honours in most of the films he starred in, but here he is matched equally by Chi Kuan-Chun. Chi’s physical prowess sometimes distracted critics from the fact that his acting ability improved with every film, but in ‘Disciples…’ this is brought to the forefront. His character is, on the surface, basic, but further inspection and the probing of Chang Cheh’s exceptional direction proves that all the depth is there to be found.

Among world directors, Chang Cheh remains sadly unappreciated by his contemporaries. Only recently are film critics around the world beginning to rank him as a great. In the truest sense of the often misapplied term ‘auteur’, Chang Cheh blends recurring themes into everyone of his films. His masterpieces, of which this is one, feature cutting edge choreography and the ideas of brotherhood and morality which signify his work. The only thing that holds back the cinematic intelligentsia from ascribing far more credit to Chang is the simple fact that he elevates the action to the highest level. Kurosawa used action in a sparing and subtle way, whereas Chang Cheh focuses attention on its development and use. There is no reason, aside from the usual snobbery, that the two shouldn’t be said in the same breath. ‘Disciples of Shaolin’ is a beautifully crafted masterpiece that requires a global audience.