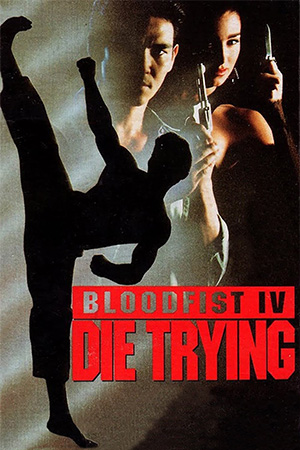 Danny Holt is a well-liked repo man who is just focused on doing his job right. When he unknowingly repossesses the car of a powerful arms merchant, he triggers off a chain reaction of violence that results in the death of his friends and the kidnapping of his daughter. On the run and with little to no help from the Police, Danny will now have to take matters into his own hands if he is to have any hope of seeing his daughter alive again.

Yup you guessed it, it’s time for another unrelated sequel in the seemingly never-ending ‘Bloodfist’ series. This time around, we are given a very stereotypically 90s action movie, complete with the “unfairly accused hero” setup and a collection of extremely incompetent cops. The majority of what the film has to offer makes for a fairly by-the-numbers affair, but there are still a few twists and turns that help to keep it interesting. Don Wilson returns to the lead as a brand new character, and once again his performance is fairly stoic but serviceable. Luckily he is joined by a couple of surprisingly decent co-stars, including James Tolkan (Strictland from ‘Back to the Future’) and Gary Daniels, who definitely up the acting ante.

As with a lot of the previous films in the series, the action scenes are adequate but nothing outstanding. Wilson continues to favour the same two or three kicks throughout, and even the odd glimpse of flashy bootwork from the likes of Daniels does little to enhance the overall picture. That being said though, there is still something pleasingly familiar about the simplistic fight scenes, with lots of slow motion and meaty sound effects thrown in for good measure. The film also sports its fair share of bloody shootouts with a number of characters being wiped from this earth without even a second thought.

Films like ‘Bloodfist IV’ clearly aren’t for everyone, especially if you’re expecting high quality acting or action. However, if you’re just looking for a quick burst of schlocky, action-packed fun then this will certainly make the grade.