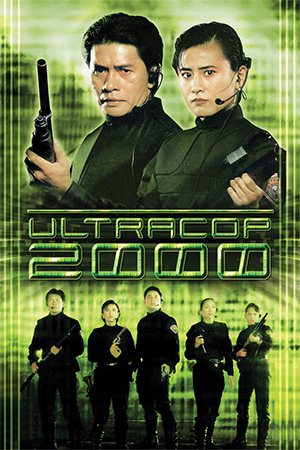 ‘Ultracop 2000’  is a risible film which attempts to be an action, comedy, fantasy film, but fails miserably on all counts. Yukari Oshima, who has sadly wasted her talent on dross like this for much of her career, stars as one of two futuristic policemen chasing a gang of triads. Just when the plot is in danger of making sense, two feuding Martians arrive to continue their battle on earth. The police officers decide to help the ‘good’ Martian and defeat his enemy, bringing peace back to the streets of Hong Kong. For some reason, Philip Ko Fei tries to emulate the very worst films of Wong Jing. Both directors can make good films, but so often they feel the need to put dreadfully poor, bad taste comedy into an already strained narrative. One to avoid, even if you’re a fan of the Osh.