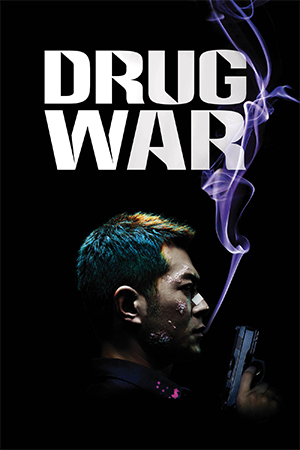 Johnnie To charges out the gate with ‘Drug War’: a blitz of tension, style and almost unrelenting momentum. Its cops versus drug runners as Mainland China narcotics super cop Zheng Lei (Sun Honglei), in the midst of a recent drug bust where smugglers are being forced to “deposit” their cargo at a hospital, catches wind that a known drug manufacturer Timmy Choi (Louis Koo) has been admitted with severe burns. It soon transpires that one of his local meth labs has blown up killing some of his crew (including his wife) with him only narrowly escaping. Seeing a chance at catching some bigger fish (Timmy being only a middle man in a far bigger drug empire chain) and the fact the recent arrestees may have links to Timmy and his organisation, Lei pounces on Timmy for information who (after a failed attempt to escape) squeals like a pig. What follows is an insanely tense ride as Lei and his crew go full force after a known drug empire which gets bigger and bigger and reaches further and further the more they investigate.

If you are a To fan then ‘Drug War’ is a pure thrilling treat. It may eschew the slow burn approach, beautiful widescreen shots (though this film is still superbly photographed) and cool slow motion seen in many of his other police/action films but ‘Drug War’ is still pure To. Tight and taut, so much so it nearly explodes (and it does, come the gunplay heavy climax),  ‘Drug War’ takes it’s admittedly simple premise of a cop and his crew stumbling on the possible bust of their careers and runs wild with it until the inevitable violent conclusion. The flick is pure momentum as the cops have to keep moving in order to snare their targets. Thinking on their feet and having to adapt to ever increasingly dangerous situations, To increases the tension and momentum with each new obstacle the police face. At the centre of this is an marvellous performance by Sun Honglei as the determined cop, who begins the whole ordeal, cool, calm and collected but finds himself pushed to limits even he has no control over: dramatically and edgily shown in a scene when he has to “sample the product.”

Equally good is the underrated Louis Koo. He gives an amazing performance as the put upon snitch who really keeps you guessing as to what his true intentions are. His emotional breakdown at the death of his wife part way through proceedings (which also acts as the only true lull in the relentless momentum) is powerful stuff. Drama, character and adrenaline are tautly woven together by To with events exploding come the final hurdle in an expertly choreographed blast of gunfire and violence. It may seem a little odd compared to the proceeding hour or so of tense storytelling but the amount of pressure and energy the characters experience has to give at some point and when the characters do meet head on its all gun blazing intensity: with a raid on a drug warehouse that goes spectacularly wrong and the end shoot out between cops and drug runners, To shows he is still at the top of his game when it comes to gunplay.

Smart, sharp and supercharged ‘Drug War’ is a great police thriller from a cast and crew giving it their all and features an ending, which while no doubt divisive, will linger with you long afterwards.