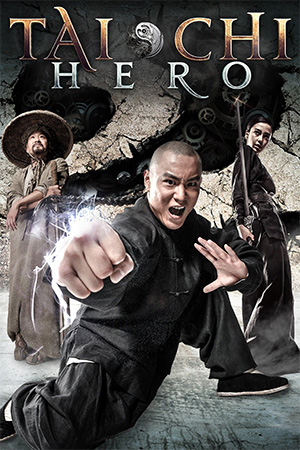 Having vanquished ruthless ally of the East India Company Fang Zi Jing, Yang Lu Chan looks forward to learning the Chen village kung-fu. Although he has saved the village, to be able to learn the secretive style means he must marry one of the inhabitants, leading to a not too unpleasant union with beautiful Yu Niang. As the latter gets used to her marriage of convenience and the former looks at his new instructress with love-struck eyes, the happy villagers get back to some sort of normality after their clash with invaders.

Enter Yu Niang’s outcast brother Zai Yang who is welcomed back by everyone except his own father Chen Chang Xing. Bringing his mute wife with him, Zai Yang brings news of a fearful prophecy that promises to be fulfilled if Yang stays in the village. Added to this is Fan Zi Jing who plots his revenge for the humiliation he suffered previously and Yang faces difficult decisions in order to protect his new home.

Shot back-to-back with ‘Tai Chi Zero’, Stephen Fung’s concluding chapter starts from whence its predecessor finished with our enthusiastic hero ready to become the true hero of the title. The film starts with a brief recap on past events and promises to tie up those irksome loose ends that were left dangling previously. Yet ‘Tai Chi Hero’ seems a film too far, adding nothing significant to the first part to make it especially worthwhile. It almost seems that one longer Tai Chi film with some filler edited out may have kept the flow of the concept more consistent.

The style of this sequel is just as frenetic as its forerunner, combining visual cues from video games and anime along with the steam-punk vision of 19th century China. It’s safe to say that if the original wasn’t to your tastes, ‘Tai Chi Hero’ is unlikely to make much of an impression; It is certainly a weaker film overall despite a few diverting action sequences (especially the concluding bout between the hero of the title and the legendary Yuen Biao). That said, the pair of films taken together offer an intriguing insight into what Stephen Fung might accomplish in the future as his style evolves.