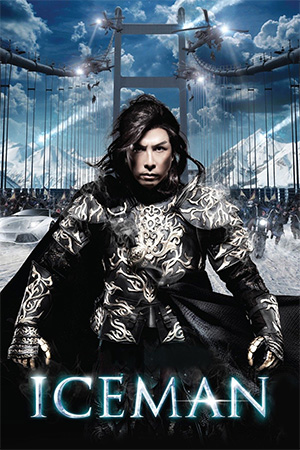 Any martial arts/Donnie Yen fan will have no doubt heard of (or even sat through) the much maligned ‘Iceman’ (and maybe even its sequel, ‘The Time Traveller’) but surely its troubled production and subsequent reputation can’t be as bad as people say? Er, well, unfortunately it kinda is. This “comedy” fantasy blockbuster wastes no time in getting started, as ancient warrior Ying (Yen) is accidentally defrosted in present day Hong Kong, befriends local party girl May (Huang Shengyi), must keep a time travelling device (which just happens to be the crystallised penis of the god Shiva!!!) falling into the hands of corrupt police chief Simon Yam, and fight off his two former comrades (Wang Baoqiang and Yu Kang) who also happen to have been defrosted in the present day! To be honest, trying to succinctly sum up what happens in ‘Iceman’ is a feat in itself, as it’s rarely coherent, flashes between past and present randomly and the pace is so hurried one hardly gets a chance to get a grasp on proceedings.

What should have been a big budget fantasy spectacle with plenty of fish-out-of-water comedy shenanigans is instead an over-edited and shallow mess, with little action and “comedy” that relies on Yen making far too many fart jokes! The pace is so rushed to begin with it’s hard to really care what’s going on and while it’s a nice change of pace for Yen (he does give it his all, despite a distractingly dodgy wig!) the comedy just falls flat. The fantasy aspects likewise fall flat, mainly due to a deluge of sub-par CGI, and decent action set-pieces are distinctly lacking for the first hour or so. Instead, the filmmakers tease us with the likes of Yen’s bad-ass warrior all set to take on a team of heavily armed SWAT members (cool action scene alert!) only for him to wink at the camera, take a dump in a nearby toilet (!), said toilet then explodes (cause his poop is that powerful!!) thus covering the SWAT team in excrement, meaning he can make a quick getaway! Yep, that’s what we’re dealing with here!

There are a few redeeming qualities. Once the action does hit, there is an impressive fight between Yen and Wang Baoqiang in a nightclub and the epic three-person fight set on the Tsing Ma bridge come the finale is almost worth sitting through the previous tedium. It’s an impressive duel that plays up the fantasy elements and if there had been more of this type of action peppered throughout (and less fart jokes!) then ‘Iceman’ could have been fun. Wang Baoqiang (Yen’s main foe in ‘Kung Fu Jungle’) also manages to scrounge a few laughs out of his character’s obsession with, er, chicken curry (!) but it’s all too little too late. Proceedings don’t really wrap anything up come the conclusion either (guess I’ll have to sit through the sequel then!) and overall ‘Iceman’ is more of a lame comedy with a little bit a decent action rather than the fantasy blockbuster if could have been.