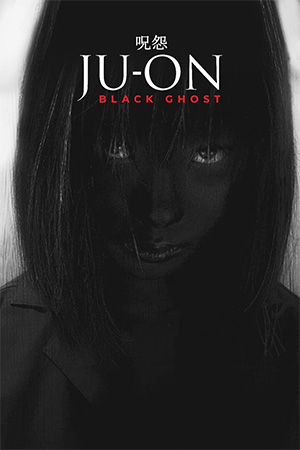 Following a similar structure to ‘White Ghost’, ‘Black Ghost’ again sees a group of characters crossing paths and meeting freaky ghost influenced deaths at the hands of the ‘Ju-On’ curse. However, this episode also deals with an evil unborn twin vying for the control of her sister’s body with a little help from the ‘Ju-On’ spectres. Not as quick fire as ‘White Ghost’ the story strands are fleshed out more, tension mounting for a while longer before the jump out of your seat scares strike. Not quite as tight and effective as ‘White Ghost’ but still a freaky little tale featuring a rather memorable exorcism scene and some very unsettling use of that creepy, goose bump inducing noise the ghosts make!

Sure, these ‘Ju-On’ spin offs don’t quite reach the creepy heights of the originals and hardened horror fans may not get much out them as some of the effects are rather amateurish. The High-Def shot on video camera work doesn’t help either, some of the scares displaying their amateur nature as a result, these films sorely missing the slick film look of the originals. Still, ‘White Ghost’/’Black Ghost’ are much better than expected, nicely told quick hit horror tales and a welcome return to ‘Ju-On’ world. Watch out for blink and you’ll miss them cameos from the freaky little kid from the original ‘Ju-On’ films in both episodes.