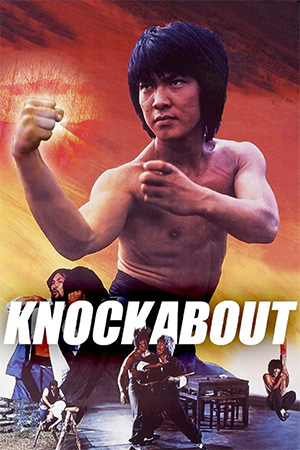 Tai Po and Siu Bo (Leung Kar Yan and Yuen Biao) are two tricky wanderers who, in a constant search for a quick buck, spend their time looking for victims for their simple cons. One day their scheme backfires when they are outwitted by a seemingly innocuous customer at a local restaurant and then receive a sound thrashing when they later try to apprehend him. The man is soon revealed to be Silver Fox (Liu Chia Yung) and the two manage to persuade him to be their master. Silver Fox teaches them various skills, but unknown to the hapless two, their new instructor is a wanted bandit who is really training them to be his cohorts. On discovering this, Tai Po is killed and Siu Bo barely escapes with his life. Now having to fend for himself, Siu Bo happens upon a portly beggar (Sammo) who had earlier given him a beating. After a while, the beggar teaches Siu Bo his own advanced skills – a chance to see some extreme training from the duo. Having thoroughly improved and with a new teacher, Siu Bo is now ready to exact revenge on Silver Fox.

After a number of years as a stuntman and bit-part player, Yuen Biao was finally given a lead role in ‘Knockabout’ and the rest is history. Biao forged his own unique screen charisma, mixing a lovable innocence with extraordinary physicality. ‘Knockabout’ is a superb showcase for him and also provides such luminaries as Leung Kar Yan and Liu Chia Yung with meaty roles. The action is simply electric, most notably the two-against-one finale that pits Sammo and Yuen against Liu Chia Yung. Mixed in with this is some madcap comedy that helps this film live up to it’s title. With a DVD release on the way, this is a highly recommended film for Hong Kong film fanatics and is certainly worth snapping up.