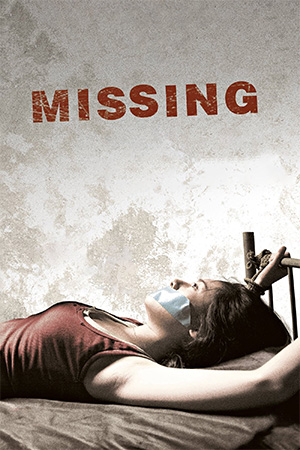 By no means is ‘Missing’ a bad movie but it certainly isn’t a very enjoyable one either. Uncomfortable viewing for much of its running time, ‘Missing’ tells the supposedly true story of an isolated chicken farmer who kidnapped, abused and killed four women in the Korean countryside. While certain facts have been changed and heightened to amp up the exploitation factor, ‘Missing’ is still a gruelling watch. Pak Son (Moon Sung-Geun) living a somewhat worthless existence out in the countryside, uses his once well known chicken soup restaurant to lure unsuspecting young women to their death. Having already kidnapped and killed before he finds his next victim in the beautiful and oblivious Hyun Ah (Jeon Se-Hong). He keeps her caged up in his man-made dungeon, abusing and torturing her until her inevitable death. But Pak Son didn’t count on her inquisitive and resourceful sister Hyun Jung (Choo Ja-Hyun) who upon realising her sister has gone missing stops at nothing to find her. This leads to Pak Son’s once quiet but murderous life being exposed and him resorting to some very drastic action.

First of all ‘Missing’ is a very well made film. Despite going the exploitative route and therefore diluting some of the mystery, the film still grips thanks to the ever present sense of something horrible about to happen and a cast who give it their all. While director Sung-Hong Kim (‘Say Yes’) manages to often, just, pull back the horrible happenings before they become too excessive the film still features much disturbing imagery. Especially in the first half when poor Hyun Ah is subjected to some heinous acts of abuse. Come the second half of the film, the director wisely opts to focus on Hyun Jung searching for her sister and the unravelling of Pak Son’s secret life. However, with a particular misogynist tone and scenes of rape, torture and humiliation, ‘Missing’ leaves a bad taste in the mouth and there is an unrelenting oppressive downbeat tone. The gore isn’t as in your face as many of these types of films, though that doesn’t stop the makers throwing in a scene of a human being placed in a meat grinder.

Thankfully, the cast is excellent and make the film a least a little bit engaging for most of its running time. Jeon Se-Hong and Choo Ja-Hyun are both excellent as the put upon sisters and bare up well under the barrage of abuse and uselessness they experience at the hands of various men. Likewise, Moon Sung-Geun is also excellent as the positively repellent Pak Son who we thankfully never sympathise with but is portrayed as a real person with horrific intentions rather than a cackling evil movie stereotype. Technically the film is well made, the makers capturing the sweltering nature of the seedy countryside town well, adding to the uncomfortable and unsavoury nature of the film.

While not quite as extreme as a lot of its tortured and gore based counterparts, ‘Missing’ is still uneasy viewing. Despite being well made, it’s hard to really recommend other than to fans of these sorts of films. And if you are add another half star to the rating.